Skip to content
The U.S. Air Force unveils the B-21 Raider at a ceremony in Palmdale, Calif., Dec. 2, 2022. DOD photos by Chad J. McNeeley
Expand Photo 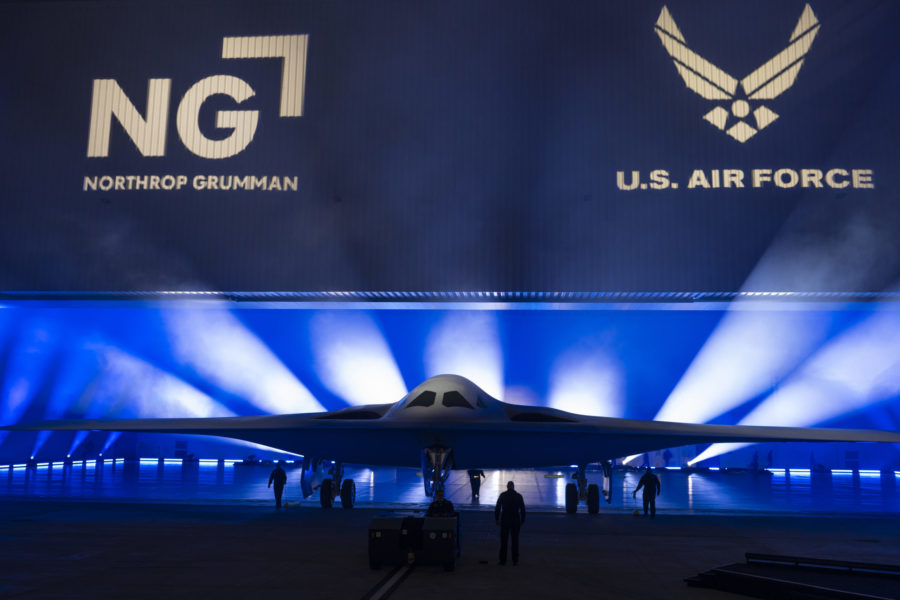 Air Force Vice Chief: B-21 Not Just a Bomber, Will Mesh with JADC2, NGAD

The many capabilities embodied by the Air Force’s next-generation B-21 Raider extend beyond conventional measures of range, payload, and radar-penetrating stealth—they also include “other things that it can be a part of that could help leverage the agility and the speed that we need to stay ahead of the adversary,” Air Force Vice Chief of Staff Gen. David Allvin said in a recent interview with Air & Space Forces Magazine.

A former airlifter and test pilot who helped craft the vision that evolved into what is now known as joint all-domain command and control (JADC2), Allvin said the B-21’s unique characteristics will make it a crucial node in challenging the advanced capabilities of China as the nation’s pacing threat.

The full interview with Allvin will appear in the Air and Space Forces Magazine’s January-February edition.

“The B-21 could be the delivery platform [for precision ordnance] or there could be other roles that it could play, whether it be sensor, or whether it be accompanied with different types of collaborative combat aircraft,” Allvin said. “It has the capability to do some very unique things, and those unique things may not fall into the traditional ‘Put bombs in the bomb bay, go as deep as you can, and drop bombs’ [playbook].”

Allvin credited Air Force Secretary Frank Kendall for challenging the Air Force to see the B-21 “a little bit differently, not as just the next B-2, but as a part of a family of systems” that can generate a range of different effects and challenges to an adversary.

“There’s no longer a single platform that just matters,” Allvin said. “We look at things in terms of fires and targets. And so how one combines to hit the right targets at the right time in the conflict … that doesn’t necessarily have to mean, this platform is going to go after all those assets, and this platform is going to [do something else]. There is a mixing of these that will enable you to leverage all the capabilities.”

Operationalizing B-21, NGAD, and the Advanced Battle Management System represent three of the seven Operational Imperatives that Kendall has pressed for over the course of his tenure. ABMS represents the systems that will make JADC2 not just a concept, but a true operational capability—the glue that will take existing and emerging new platforms and combine them into a network that connects sensors and shooters across the globe.

“That’s where this ‘Operationalizing Advanced Battle Management System’ Operational Imperative has come into play. And I think, that’s where we’re now starting to take all of the ideas—having a better understanding of what works and what doesn’t—and starting to put the architecture together,” Allvin said.

“You think about kill chains—links in the chain—and now you hear, of course, ‘kill webs.’ What does that mean? It means I have more than one way to get to the destination.”

That represents resilience in the information architecture as well as in offensive capability. “You have to focus on the targets—joint targets, mind you—in a way we really hadn’t imagined when you just had command and control by domain,” Allvin said.

This involves breaking down conventional barriers between services and domains, he added. “The more we can understand that the changing character of war means if I lose, you lose, and if you win at my expense, we all lose,” Allvin said, the more cooperative the individual service cultures will become. “We haven’t really had that type of conversation in the past. … We need to get that into our psyche, and then we’ll understand.”