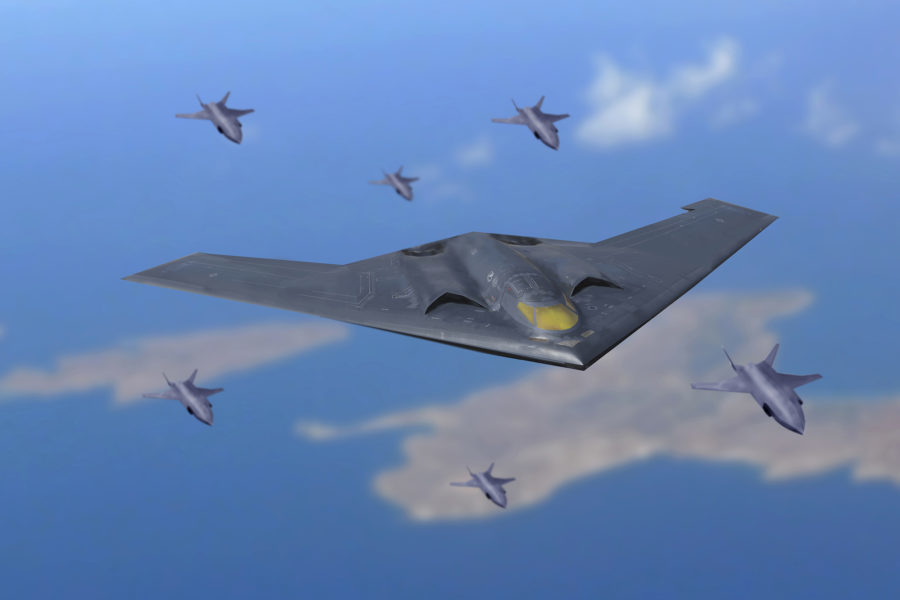 With the unveiling of the B-21 Raider, speculation and interest in the new bomber have reached a fever pitch, with a first flight still to come in mid-2023.

But the B-21 won’t just be about the large, flying wing aircraft that rolled out in Palmdale, Calif., on Dec. 2. Air Force officials have frequently spoken about the Raider becoming the lead element of a so-called “family of systems,” and Air Force Secretary Frank Kendall has made defining that family of systems one of his seven “operational imperatives” for the department.

What exactly will be included in that family remains unknown, but a new research paper from the Mitchell Institute for Aerospace Studies, informed by an unclassified workshop that gathered Air Force leaders, planners, and operators along with industry partners, offers some insight into what might be considered.

“What we haven’t heard much about is the family of systems that is going to accompany [the B-21]. Just dribs and drabs of information. So this report might actually help … get a handle on some of the capabilities that might be in that family of systems, including weapons, that could help reduce risk and increase the effectiveness of our combat forces,” said retired Col. Mark Gunzinger, the Mitchell Institute’s director of future concepts and capability assessments and a co-author of the paper.

The three-day workshop, held this summer, was meant in part to develop concepts for what the Air Force calls “autonomous collaborative platforms”—relatively cheap drones that can fly alongside manned aircraft, operating with some level of independence.

The most high-profile example of these ACPs has been the Air Force’s planned collaborative combat aircraft, intended mainly for fighters. But Caitlin Lee, one of the workshop’s leads and co-author of the  paper, noted that in discussions with the Air Force Research Laboratory, officials have said they envision “a whole family of potential capabilities and a range of different mission sets that this could actually involve.”

The workshop was aimed at exploring one of those mission sets—the long-range penetrating strike mission that the B-21 will take on. Three teams of experts were tasked with designing up to three kinds of unmanned aircraft to aid the bomber in strikes against an air base, a maritime threat, and a transporter erector launcher in a hypothetical conflict with China in 2030.

In all three cases, no constraints were put on what kind of aircraft the teams could create, but none of them opted for an “exquisite unmanned fighter” or “exquisite unmanned bomber” that could match the B-21’s range, Lee noted. That’s in line with Kendall’s own comments this past July that the department had determined that a long-range uncrewed escort for the B-21 was cost-prohibitive.

Instead, the three teams created a mix of UAVs, most with a range of a few thousand miles, a few launched from other bombers. And the capabilities given to each varied as well—some designed to provide defensive counterair; others as intelligence, surveillance, and reconnaissance platforms gathering data; others for suppression of enemy air defenses; and still others as escorts.

“Two-thirds of the teams design ACPs for counterair, which really speaks to the need for survivability for these penetrating strike packages, where they’re operating in this highly contested air environment,” Lee said. “ … And then ISR was another really important mission. Three of the ACPs had a primary role for that, but I think all ACPs had sensors of some kind or another, because that tracking, especially mobile targets, in contested airspace is a real challenge.”

Just as notably, the teams sought large quantities of ACPs and were willing to trade off some capability for quantity, Lee noted.

“If the Air Force is able to buy larger numbers of lower-cost ACPs, that could really drive down risk,” Lee said. “And it’s all about the modest platforms in large numbers versus trying to put more sophisticated capabilities to get that operational advantage.”

The exact rundown of the intended missions and numbers of drones the teams in the workshop decided on are as follows:

In all three cases, the workshop experts determined that the addition of these uncrewed teammates reduced risk for the missions. But the authors did note that for the air base attack, in particular, the risk wasn’t driven down as much because the current class of precision-guided munitions require bombers to fly extremely close to targets, assuming a permissive environment.

“So that is a collateral finding and recommendation from this effort—that the Air Force needs to develop those mid-range weapons that will optimize the strike power and lethality of our penetrating assets,” Gunzinger said.

Indeed, some of the ACPs designed by the teams in the workshops were essentially loitering munitions—designed to fly above targets and then attack, only to be used once. And as the B-21 continues to develop, new kinds of munitions could very well join that family of systems, too, Lee noted.

“This family could have all kinds of different capabilities in it, whether it’s space assets, munitions, and potentially ACPs,” Lee said.