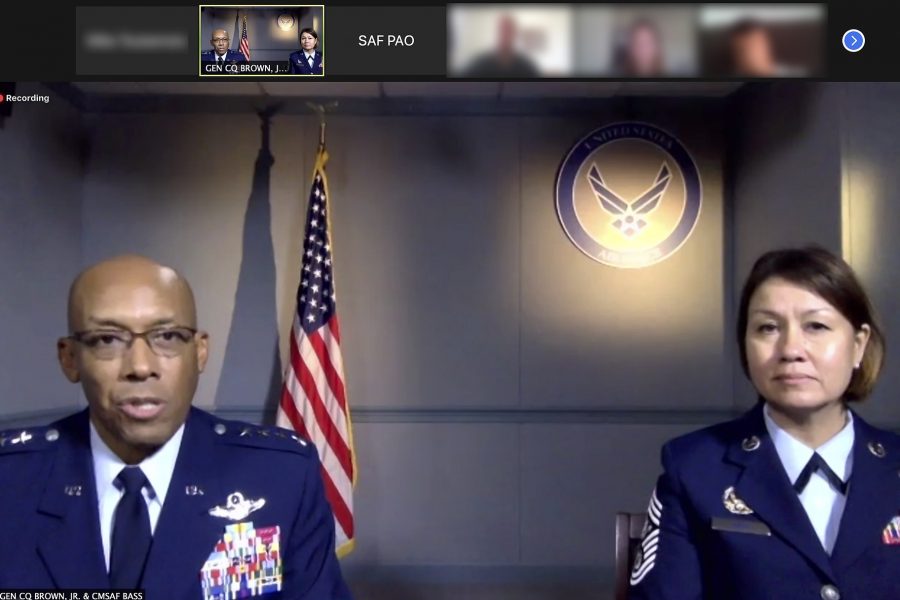 The Air Force is revamping evaluations for Airmen in grades E-7 through E-9 and O-1 through O-6 and establishing 10 Airman Leadership Qualities on which each will be graded, the service announced Feb. 2. These ALQs make up the backbone of a new, as-of-now optional, form the service has published as a companion document to the Airman Comprehensive Assessment.

“The qualities, found in the Airman Comprehensive Assessment Addendum – AF Form 724-A, focus on character and competence and are categorized under four major performance areas, which coincide with both the major graded areas of the Air Force Unit Effectiveness Inspection program and the language used to describe expected performance factors provided to promotion boards: executing the mission, leading people, managing resources, and improving the unit,” a service release explained.

With regards to mission execution, Airmen will be evaluated on “job proficiency,” “initiative,” and “adaptability,” the release states.

On the leadership front, they’ll be assessed on “inclusion and teamwork”—defined as their ability to work with others and foster an inclusive climate—as well as “emotional intelligence,” and “communication” of both the verbal and non-verbal varieties.

In terms of resource management, Airmen will be judged on “stewardship,” or their ability to responsibly handle resources assigned to them, potentially including “time, equipment, people, funds, and/or facilities,” the release said. They’ll also be evaluated on “accountability,” which encompasses their ability to own up to “actions and behaviors” of themselves and their teams, and whether they’re demonstrably reliable and transparent people.

Finally, when it comes to the unit, Airmen will be assessed on “decision making” and “innovation”—to include creative problem solving, putting improvements into action, and taking measured risks, the release stated.

Air Force Talent Management Innovation Cell Director Col. Laura King said the ALQs and umbrella performance areas grew out of a deep dive into “industry and sister service best-practices, academic literature,” and things the service knows Airmen will need for today’s fight. They were polished through the use of “Total Force focus groups,” she added.

The unofficial Air Force amn/nco/snco Facebook page first leaked the “Airman Comprehensive Assessment Addendum” outlining the new ALQs, along with a letter from Bass to senior enlisted leaders across the Total Force on the morning of Feb. 2.

“We designed the addendum to be used in conjunction with the primary Airman Comprehensive Assessment form to serve as a guide for raters to help facilitate actionable discussions during feedback that incorporate the Airman leadership qualities,” King said in the release.

The addendum is optional for now. USAF will collect and use feedback from major commands across the service to further polish the ALQs and the form “before the new evaluation systems are finalized.” However, the service is encouraging leaders to use the document “to the fullest maximum practical.”

USAF Chief of Staff Gen. Charles Q. Brown Jr. called the move towards the new ALQs key to changing how the service measures, motivates, and rewards its troops.

“We must have evaluation systems that provide constructive feedback, evaluate against qualities we value, and highlight future potential,” he said in the release.

CMSAF JoAnne S. Bass told Air Force Magazine the ALQ announcement is only the start of a larger effort to revamp how Airmen are evaluated.

“This is just the beginning stages of constructing a system that clearly defines the qualities we value and need in our Airmen,” she said in a statement. “The synergy between the officer and enlisted evaluation systems is a huge win for how we develop our Airmen to build the Air Force our nation needs.”

In the leaked letter to USAF senior enlisted leaders, Bass also noted that USAF’s Enlisted Evaluation System overhaul is in progress and expected to conclude in Fall 2022.

“Oh yeah, and we hear you on TIG/TIS [time in grade/time in service] …we are working details on that too,” she added in a Feb. 2 Facebook post about the announcement.