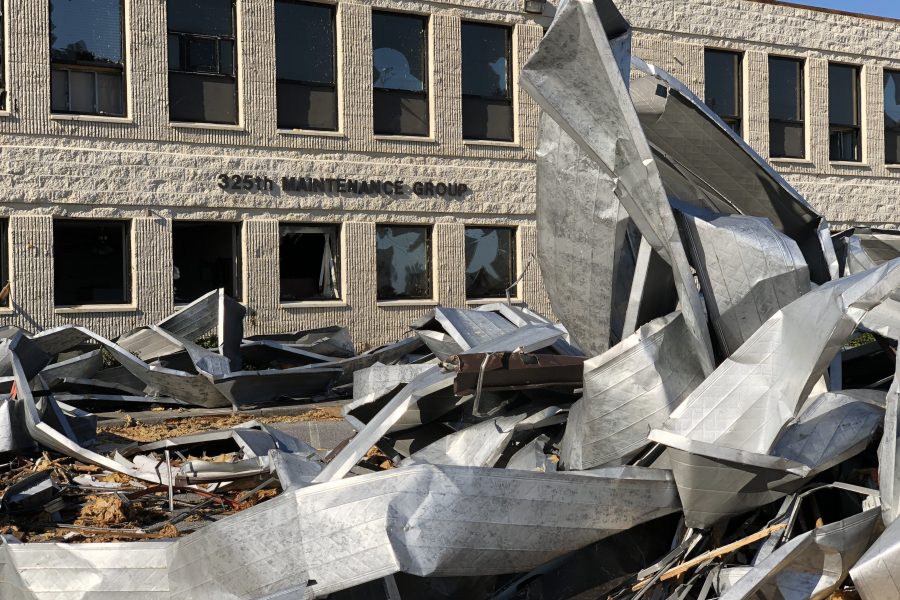 The Air Force will implement changes to its installation development plans within the next five years that are aimed at shoring up each base’s vulnerabilities to natural disasters and climate change, a top official said in a congressional hearing July 14.

Jennifer L. Miller, acting Assistant Secretary of the Air Force for installations, environment, and energy, told a House Armed Services subcommittee the department has already conducted initial assessments of the threats posed by severe weather and other natural disasters at more than 80 installations.

Those assessments, she said, will form the basis for the updated development plans, as required by the 2020 National Defense Authorization Act, which required that “major military installations plan for climate change when drafting master plans.”

“We did issue last year our guidance on that,” Miller told Rep. Jason Crow (D-Colo.), who sponsored the bill that eventually became an amendment in the NDAA. “And so it was done through the Severe Weather and Climate Hazard Screening and Risk Assessment Playbook, which may sound fairly simple, to issue the guidance, but it was a 40-page analysis that really provided good information for the installation planners on how we wanted them to assess, and it included the 16 risks, from hurricanes to fires, that we needed each installation to assess against.”

The Air Force has seen firsthand the impact of severe weather recently. In the past several years, natural disasters have led to billions of dollars in repairs, as Hurricane Michael destroyed hundreds of buildings at Tyndall Air Force Base, Fla., in 2018 and floods covered roughly a third of Offutt Air Force Base, Neb., in 2019.

Both incidents destroyed buildings and equipment and impacted service readiness, with units from the 325th Fighter Wing and the 55th Wing forced to relocate, some for months or even years at a time.

As those bases continue to build back, though, Miller said the climate risk assessment undertaken last year is already proving helpful.

“Within the next five years, now that everyone’s done the initial assessment, that will roll into our installation development plans,” Miller said. “As we have that information, though, it allows us to modify—as an example, the Tyndall rebuild and the Offutt floodplain rise—to modify based on the risk assessment. Not only of what type of risk it would be, but then we also assessed each as a yellow-green-red [risk] for the 0-to-25-year [range] and then also the 25- to 50-year look.”

The climate’s impact on the military and installations was a topic echoed on both sides of the aisle in the July 14 hearing. Rep. Joe Wilson (R-S.C.) asked civilian leaders from the Army, Navy, Air Force, and Defense Department for data on sea levels and temperatures, while Rep. John Garamendi (D-Calif.) asked how they were complying with President Joe Biden’s executive order to prioritize climate change as a national security issue.

In response to Garamendi, Miller pointed to the Air Force’s work in “the operational energy arena,” saying the service has funded small projects with potentially large long-term benefits down the road, including everything from “the angling of our windshield wipers on our aircraft, to little winglets, to things that we’ve been able to modify [on] the aircraft, often stealing good ideas from industry.”

Miller also said the Air Force has conducted two “pull-the-plug” exercises, with plans for more, to ensure it can identify vulnerabilities to the service’s infrastructure, particularly for energy and water. Should a natural disaster strike, ensuring minimal disruptions in those areas will be key to maintaining mission readiness.

In that same vein, Miller told Wilson that the department has a “great interest” in small modular nuclear reactors. Before he left office, President Donald Trump issued an executive order directing the Defense Department to explore potential uses for such sources of nuclear power, including energy security and flexibility. Miller added July 14 that she is “excited to see what capabilities that provides us.”