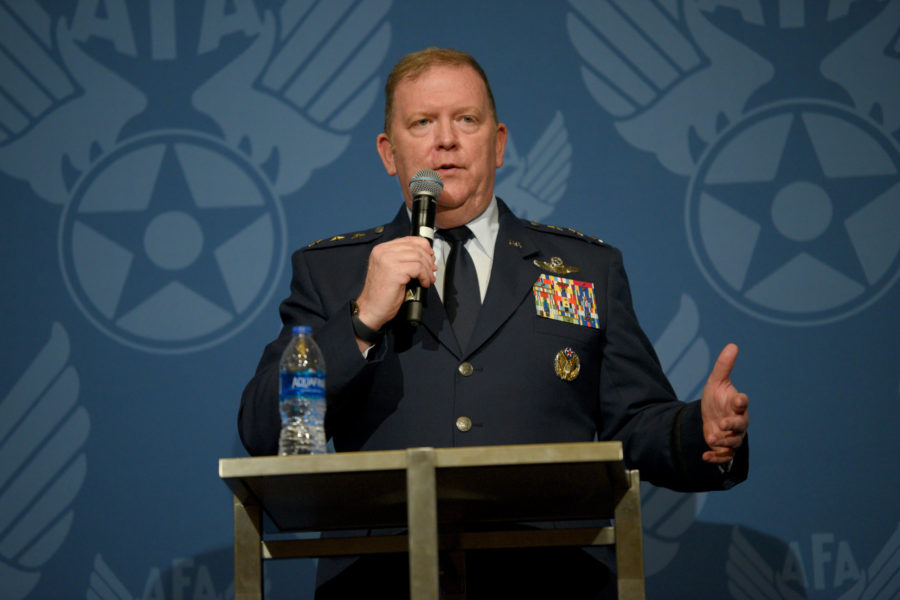 If Secretary Frank Kendall and other Air Force leaders get their way, the service will be retiring older aircraft in the near future as it looks to modernize. Specifically, legacy systems such as the A-10, KC-135, F-16, and C-130H are all primed for the chopping block, based on the USAF’s recent budget requests.

Should that happen, as Kendall has insisted it needs to, the Air Force Reserve stands to be affected in a major way—roughly two thirds of the Reserve’s 324 aircraft are C-130Hs, KC-135s, F-16s, and A-10s.

What’s more, replacements for those aircraft are not necessarily on a one-for-one basis, at least not right away. The F-35 fleet is still being filled out. The KC-46 tanker has faced steep challenges, most of which have yet to be fully resolved. The Next Generation Air Dominance program may not be ready for years to come.

The result, Air Force Reserve chief Lt. Gen. Richard W. Scobee acknowledged, will likely be a gap between old airplanes going away and new ones arriving.

“In a perfect world, it would be heel to toe, you would have one butting up against the other,” Scobee said during a media roundtable at AFA’s Air, Space & Cyber Conference. “On a regular basis, I am reminded we do not live in a perfect world.”

Scobee, who served as the Reserve’s director of plans, programs, and requirements back in 2013-14, is familiar with the challenges that come from programs shifting. In his eyes, there’s a distinct timeframe for which he would feel comfortable handling any sort of gap between old and new.

“What I can do is if there is a year gap, from when one thing starts to another thing ends, I’d like them to be heel to toe, but I can gap a year,” Scobee said. “And the way I do that is I don’t own one of anything. I have to have at least two of anything that goes on.”

Indeed, the Air Force Reserve has multiple units with F-16s, A-10s, and KC-135s. Should one of those units lose their aircraft, Scobee said the others will help pick up the slack to ensure pilots and maintainers can keep up their training.

“If you look at the fighters and those kinds of things, I’ll have another unit,” Scobee said. “So what we’ll do is we’ll share airplanes, we’ll share flying hours, we’ll share the opportunities to turn wrenches, and we’ll be able to turn up some of the flying hours in order to keep people on the staff.”

Should the gap last longer than a year, Scobee said, “It becomes very hard, because then, even with attrition, I’ll lose a lot of people and it’ll take me a few years to gain them back.” At the same time, the Active-duty Air Force and the Air National Guard should be able to help, as they have done in the past.

While the coming years will likely mark the biggest weapons systems changes facing the Reserve in years, Scobee noted that AFRC has experience changing over to other new equipment and readjusting its organizational structure.

“What it really boils down to is we have a plan for how we go forward,” Scobee said. “As these changes occur, what we want everybody to understand is we have done this before. It’s not that new to us, and we’ve been very successful. And everybody whose job may transition or change because of the new weapon system, we’re going to take care of them individually.”

Scobee compared the situation to the most recent Base Realignment and Closure Commission in 2005.

“We didn’t lose one person because of BRAC, unless they wanted to retire [or] they wanted to transition to something else,” Scobee claimed. “We were able to get them positions within our organization. Especially because in the Reserve we don’t have any state borders to worry about, we can move people to other organizations. So I’d say we have a plan for that.”

There is one system, however, that Scobee admitted he is “really concerned about”—the B-1B. The Air Force is down to 45 of the bombers, with no plans to retire any more until the new B-21 is ready for duty. The Reserve has just one B-1 unit, the 489th Bomb Group, which flies B-1s at Dyess Air Force Base, Texas, part of the 7th Bomb Wing.

“B-1 is a tougher example, because I don’t own two B-1 units. … So the B-1 will be a heavy lift, but one that I’m confident we’ll succeed in, because no matter how hard I try and make it on our people, they succeed,” Scobee joked.