Skip to content
Lt. Col. Christine Mau, 33rd Operations Group deputy commander, puts on her helmet before taking her first flight in the F-35A at Eglin Air Force Base, Fla., on May 5, 2015. Mau, who previously flew F-15E Strike Eagles, made history as the first female F-35 pilot in the program. Air Force photo by Staff Sgt. Marleah Robertson.
Expand Photo 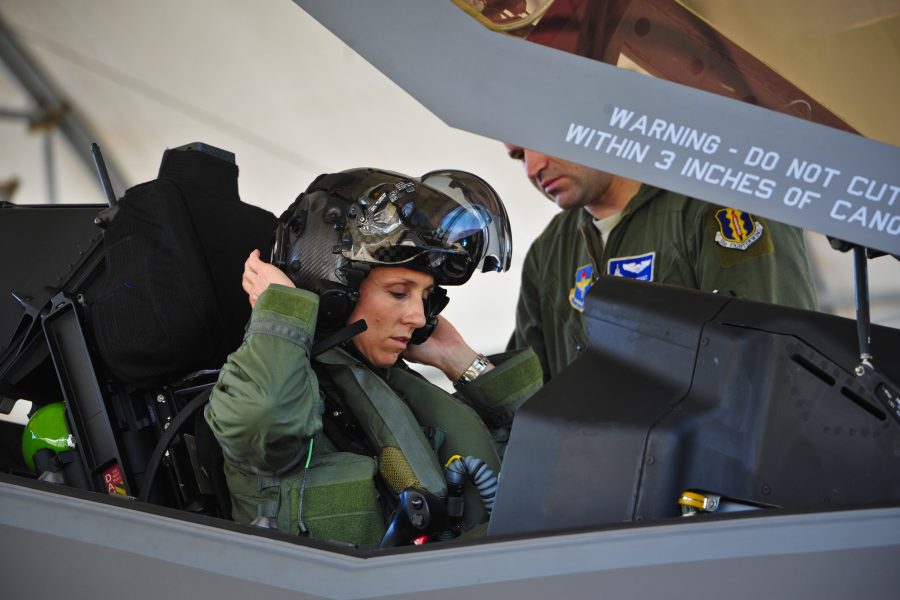 The Air Force removed the minimum height requirement for applicants who want to fly as it looks to increase the diversity of those entering USAF cockpits.

Under previous standards, pilots much reach a standing height of 64 inches to 77 inches—5 feet, 4 inches to 6 feet, 6 inches—with a sitting height of 34-40 inches. This requirement disqualified about 44 percent of the U.S. female population between 20 and 29 years of age, according to an Air Education and Training Command release.

“We’re really focused on identifying and eliminating barriers to serve in the Air Force,” said Gwendolyn DeFilippi, assistant deputy chief of staff for manpower, personnel, and services, in the release. “This is a huge win, especially for women and minorities of smaller stature who previously may have assumed they weren’t qualified to join our team.”

USAF now will apply an “anthropometric screening process” that measures a candidate’s physical attributes, such as arm length and seated height, to match them with aircraft they can safely fly. Previously, Airmen needed to receive a waiver during the application process and then more data was collected. The change removes this waiver requirement.

Most USAF aircraft were engineered with average-height male pilots in mind.

“Studies have shown that women’s perceptions about being fully qualified for a job makes them less likely to apply, even though there is a waiver option,” said Lt. Col. Jessica Ruttenber, Air Force mobility planner and programmer, and a team leader on the service’s Women’s Initiative Team, in the release. “Modifying the height standard allows the Air Force to accommodate a larger and more diverse rated applicant pool within existing aircraft constraints.”

Air Force officials, as part of the service’s steps to address its pilot shortage, have said increasing the outreach to women and minorities is an important step in getting more pilots. Chief of Staff Gen. David Goldfein has said the shortage is an “opportunity for bold moves” in new outreach to communities underrepresented in the service’s cockpits.

These changes need to occur throughout a pilot’s career. Goldfein said female pilots have provided ideas to make it less punitive for their careers to become pregnant, including becoming simulator instructors or performing staff duties when they reach a point where they can no longer fly.

The service also is taking steps such as redesigning flight equipment so it fits women better. In April 2019, the Air Force announced it is reworking G-suits, flight suits, urinary devices, and survival vests to better suit female pilots.