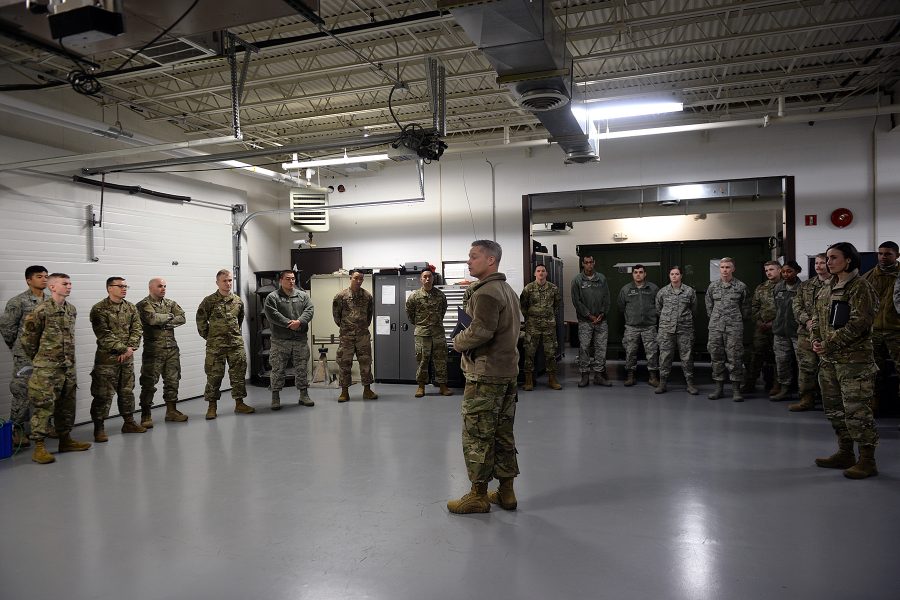 To win wars in the information age, the Air Force needs to change the way it thinks, trains, and ultimately fights, including shedding a “geographical mindset,” service leaders said Sept. 9.

Lt. Gen. Timothy D. Haugh, who leads Air Force cyber forces as commander of the 16th Air Force, told the Billington Cybersecurity Summit that in cyberwarfare, data trumps geography. One of the biggest barriers the newly established 16th Air Force faced was “a geographical mindset, … the geographical boundaries we set for ourselves.”

“Since 9/11, our systems have been biased towards finding an individual threat or actor in a specific location,” he said. That bias extends to the way the service exercises and trains.

“Everyone knows Red Flag,” he said, referring to the major air combat exercise held several times a year at Nellis Air Force Base, Nev., as well as bases in Alaska. “We all go there,” he continued, “and the culmination is when the red and blue forces meet in the skies.” The drill and the combat it simulates take place in a specific location.

Cyber threats are different, because one of the characteristics of online warfare is that an attacker can easily reach halfway across the world—it’s largely irrelevant where the threat is located. Likewise, Haugh said, the response to that threat has to be thought of, “not in terms of geographical [location], but in terms of the data we need to bring to bear.”

Data was at the heart of everything the service’s cyber forces did, Haugh added, “It’s all about the data.”

As an example, he noted the 16th Air Force’s dual role with regard to the U.S. military’s new joint all-domain command and control, or JADC2, concept of combat. “We’re both a customer of JADC2—in terms of its cuing some of our non-kinetic activities—and at the same time, we’re also a producer for it, injecting data” on the basis of which combat decisions are made.

Speaking later during the two-day event, USAF Lt. Gen. Bradford J. “BJ” Shwedo, the CIO for the Joint Staff, said there are other ways the service needs to change its mindset to get the maximum value from the convergence of cyber capabilities, electromagnetic warfare, and information operations. That convergence—the three elements together are referred to as information warfare—was the impetus for the formation of the 16th Air Force, also known as Air Forces Cyber or the service’s Information Warfare Numbered Air Force.

“It’s a synergistic cocktail,” when the three elements are brought together, Schwedo said. As an example, he mentioned the OODA (observe, orient, decide, act) loop. “Most people, when they look at it, they think about their own loop, and the need to get it smaller and smaller, because the faster loop wins. But they forget there are two loops … The enemy has a loop too, and you can also win by making his loop longer and more lethargic.”

That convergence has impacted U.S. allies, too, added Maj. Gen. Marcus Thompson, who heads up information warfare for the Australian Defence Force.

“It’s forced us to change the way we fight,” he said during the same panel discussion, adding that it also raises “some questions.”

For instance, countering information warfare such as the Russian interference in the United States’ 2016 election, was “a whole-of-government, a whole-of-nation challenge,” he said.

“It’s about DIME,” said Thompson, using the acronym for “diplomatic, informational, military, economic,” which represents the four facets of national power. Australia has a minister for foreign affairs, a defense secretary, and a finance minister. But in common with other western democracies, it doesn’t have a minister for information. That absence of leadership for any non-military contributions to information warfare efforts “creates challenges in collaboration all across the [Australian] government and with our international partners,” he noted.