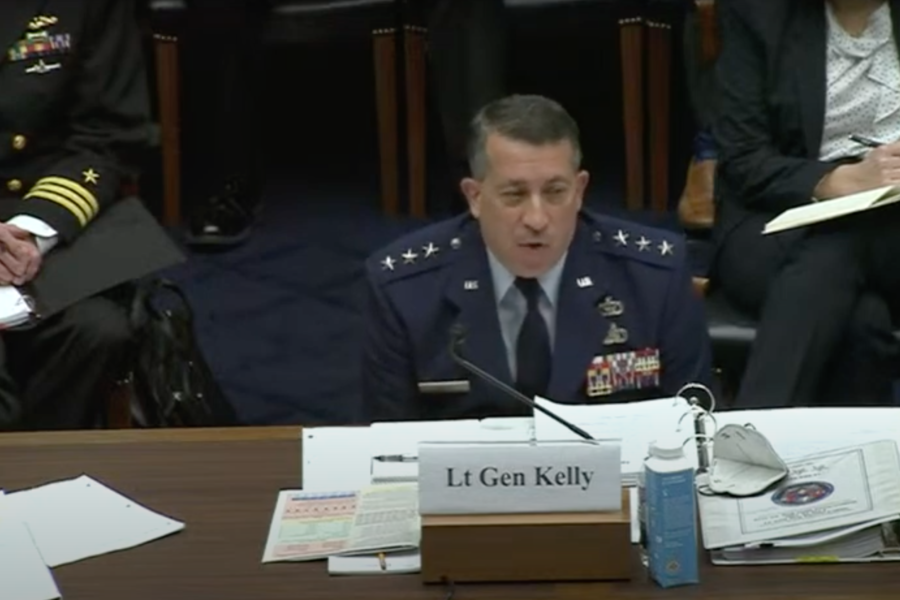 Here’s How the Air Force is Looking to Increase Stability, Decrease PCS Moves for Airmen

Striking a balance between mission requirements and Airmen’s preferences is one of the biggest challenges for the Air Force’s talent management, the service’s personnel boss told Congress on Feb. 8.

And one of the trickiest aspects to that balance involves the permanent changes of station, or PCS moves, that so often define the lives of service members and their families, said Lt. Gen. Brian T. Kelly, deputy chief of staff for manpower, personnel, and services.

Kelly’s comments came in response to a question from Rep. Veronica Escobar (D-Texas), who asked each of the personnel chiefs from the various services to identify the two biggest challenges to recruiting and retaining talent.

“The first thing I would say is balance of individual desires and needs with the balance of our force,” Kelly said. “We’re working hard to make accommodations. … For instance, we have Sikh Airmen. We have Muslim Airmen with different hair policies. We have a women’s hair policy that we did to help us attract and retain. We changed rule sets on putting hands in pockets and silly things like that.”

But permanent changes in station represent a challenge across the entire force. Frequent PCS moves can disrupt children’s educations, result in spousal unemployment, and cause an overall lack of stability, something lawmakers and officials said needs to be addressed.

For the Air Force, in particular, there’s actually slightly more stability than the other services. A 2016 Rand Corp. study found that the service had the longest average tour lengths for both officers and enlisted troops—roughly 34 months for officers and 53 months for enlisted Airmen. Those numbers have stayed relatively steady since, Kelly indicated.

“Right now, we have a tour length of about 51 months on station. That’s over four years on station here in the [continental U.S.] for our enlisted members, 39 months for our officers,” Kelly said. “When you go overseas, [it’s] about 47 months enlisted, 35 for officers. So balancing that out and being able to do that and give that stability is one of the challenges that we have, and we work hard to sort of balance those things together.”

However, Airmen can potentially lengthen their time on station and increase stability in two ways, Kelly said.

Instead of PCSing, some Airmen can opt for a “permanent change of assignment … that’s where you change your assignment but don’t change your location. About 20 percent of our moves already are PCA,” Kelly said. “We’ve had that for a number of years, and we continue to emphasize that.”

There’s also the service’s remote work and telework policy, which was unveiled in May 2021 and allows for more Airmen and Guardians to work remotely. While the policy was first crafted in response to the COVID-19 pandemic, Kelly said, “we learned something,” and it is now being used to help families by eliminating the need for PCS moves in some cases, “particularly for staff assignments.”

“I have a person on my staff who lives in Louisiana, one who lives in Texas, who are now assigned to the A1 here in the Pentagon, who never PCSed,” Kelly said. “They remote work from down there, they do their things. Every once in a while they come TDY to the Pentagon, but they never moved. We saved PCS dollars, and they live in the same location where they were.”