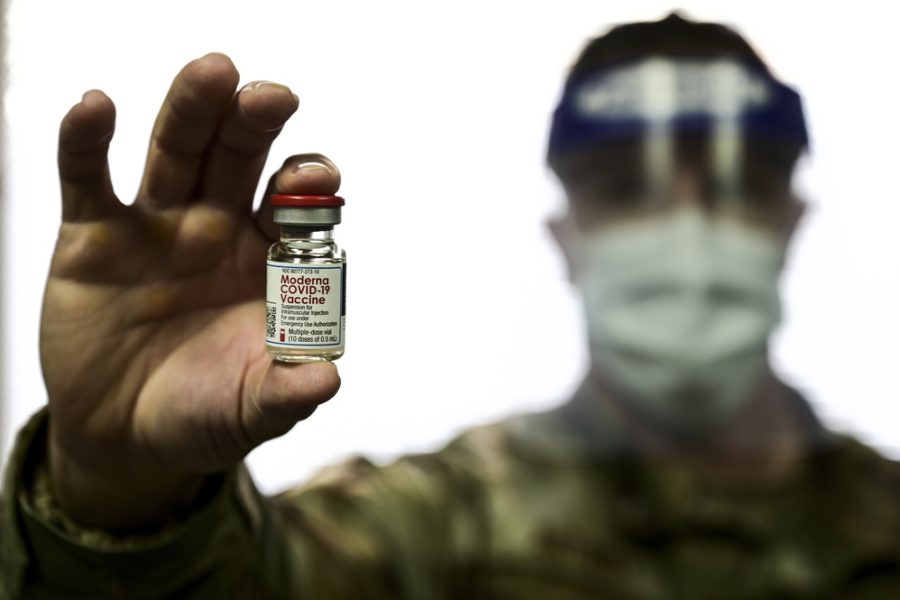 The Department of the Air Force has approved four more requests for religious accommodations from the COVID-19 vaccine mandate, even as the service continues to face legal challenges to the rule.

The latest data released by the Air Force on Feb. 22 indicated that 13 total religious exemptions had been granted, four more than the first batch of nine accommodations on Feb. 8.

So far, the Air Force has granted the lion’s share of the military’s few religious accommodations to the COVID-19 rules—the Marine Corps has approved three requests, while the Navy has granted one conditional approval to a Sailor in the Individual Ready Reserve while still requiring that the individual be fully immunized to return to full service. The Army has not approved any.

It is unclear whether any of the individuals granted religious accommodations by the Department of the Air Force are Guardians in the Space Force—DAF did not immediately respond to a query by Air Force Magazine.

Within the DAF, thousands of Airmen and Guardians have sought religious exemptions. As of Feb. 21, nearly 3,600 requests had been turned down at the major/field command level, and 682 had been denied on appeal.

Meanwhile, more Airmen are going to court in an effort to prevent the Air Force from either forcing them to receive the vaccine or face administrative discharge. According to the Associated Press, a dozen Air Force officers have filed a federal lawsuit after their religious exemption requests were denied.

Multiple media reports have indicated that most of the officers involved in the suit are stationed at Wright-Patterson Air Force Base, Ohio.

This latest legal challenge comes after a Feb. 15 ruling in which a federal judge in Georgia blocked the Air Force from enforcing the mandate or taking action against an officer at Robins Air Force Base, Ga.

In that ruling, U.S. District Court Judge Tilman Self III cited the hundreds of medical and administrative exemptions the Air Force had approved as evidence undermining the Air Force’s argument that not receiving the vaccine is incompatible with military service.

“It seems illogical to think, let alone argue, that Plaintiff’s religious-based refusal to take a COVID-19 vaccine would ‘seriously impede’ military function when the Air Force has at least 3,300 other service members still on duty who are just as unvaccinated as her,” Self wrote.

The lawyers for the officers at Wright-Patterson offered a similar argument in their suit.

“The granting of more than one thousand medical and administrative exemptions belies any assertion that vaccination is mission-critical and that no exemptions can be granted,” the lawsuit said.

The most recent Air Force data report 1,393 medical exemptions and 1,705 administrative ones—administrative exemptions can include those for people who have requested to separate or retire.