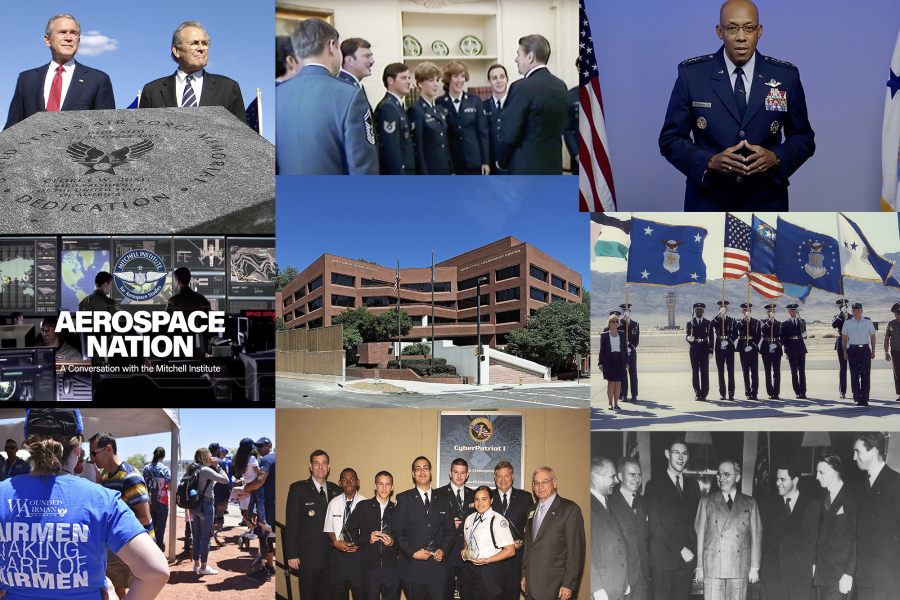 The Air Force Association is celebrating 75 years of educating, advocating, and supporting the U.S. Air Force and U.S. Space Force.

AFA was incorporated on Feb. 4, 1946, to form a grassroots network across the country to educate the public about air power and to advocate for the Air Force to become a separate military service branch. Less than 18 months later, in September 1947, the Air Force gained its independence.

Under the leadership of Gen. James Harold Doolittle, its first president, and generations of volunteer and professional leaders since, AFA became a critical advocate and supporter of air power, space power, and the means and resources needed for a ready and robust national defense.

“Over the years, AFA developed a strong foundation for supporting Airmen, Guardians, and their families; providing a voice in Washington to advocate for things like recognizing the Outstanding Airmen of the Year, or resourcing the Community College of the Air Force, as well as a place in local communities; providing awards and scholarships that build valuable ties between our military forces and the local communities that support them,” said Gerald Murray, AFA Chairman and 14th Chief Master Sergeant of the Air Force. “Another of AFA’s many little-known accomplishments was its advocacy in 1964 for the creation of a ‘sergeant major of the Air Force.’ In in 1967, that initiative was formalized when Chief [Paul Wesley] Airey became the first Chief Master Sergeant of the Air Force. Decades later, I followed in his footsteps.”

AFA operates the Mitchell Institute for Aerospace Studies, the nation’s only think tank dedicated to the advancement of air and space power and related concepts, and it publishes Air Force Magazine, the association’s premier publication. AFA also operates two of the world’s largest and most dynamic programs for attracting and developing student interest in science, technology, engineering, and math (STEM). AFA’s CyberPatriot and StellarXplorers STEM programs use fun, team-based competitions to interest students in careers in cybertechnology and engineering. AFA’s Wounded Airman Program provides life-changing assistance to seriously wounded, ill, and injured Airmen and their families. And its COVID-19 Assistance Fund provides support to those service members and their families adversely affected by the fallout from the global pandemic.

“AFA has been the force behind the forces for the last 75 years,” said AFA President, retired Lt. Gen. Bruce “Orville” Wright. “It’s the privilege of a lifetime to be able to dedicate my time and energy on behalf of Airmen, Guardians, and their families. Having already served my country, what higher calling could I have than to serve those who continue to serve us. To my friends and families who still wear the uniform, you know who we are. We’re AFA, and always on your wing.”

To learn more about AFA and our history, please visit our website or check out this timeline highlighting some of AFA’s greatest accomplishments from the January/February issue of Air Force Magazine.