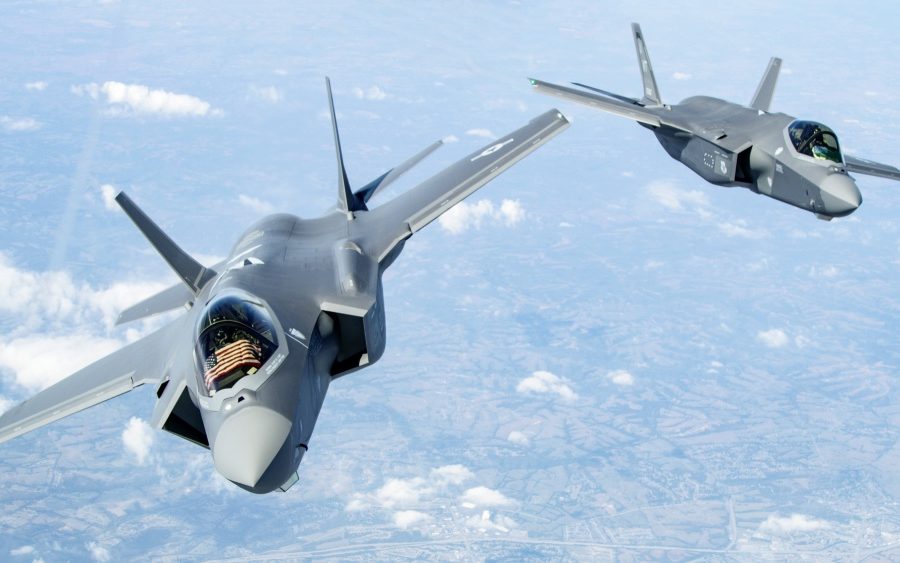 The Department of the Air Force is asking for $212.8 billion in fiscal 2022, including $39 billion in “pass-through” funding, which is not controlled by USAF and goes to other mostly classified defense activities. The amount represents an increase of $7.3 billion over the enacted 2021 budget of $205.5 billion, for an increase of about 3.3 percent, or roughly flat, when inflation is taken into account.

Counting the “pass-through” funding, which is more than double the U.S. Space Force’s total budget, the Department of the Air Force’s budget appears to be the largest of the military services, edging out the Navy by just $1 billion.

Strategically, the Air Force spending plan emphasizes modernization, with “focused investments” to deal with China as the pacing threat to the U.S., along with other threats. It divests legacy systems, continues with buying new systems for strategic deterrence, “advances” key weapons and technologies, buys new aircraft and aims to “tackle the climate crisis,” particularly as it threatens USAF facilities at risk from rising sea levels, strengthening storms, and wildfires.

To help pay for modernization, USAF is asking to divest 201 aircraft in 2022—out-years spending in the future years defense program were not released with the budget—offset by bringing on just 91 new airplanes, saving $1.4 billion in the coming fiscal year to put toward new capabilities.

The defense budget overall proposes a 2.7 percent increase in both military and civilian pay. The department’s total force end strength would grow by 3,400 persons, to 515,300 people in 2022. The Active-duty end strength of the Air Force, however, would actually fall by 751 people to 328,300 people. Service officials said the level is essentially flat, having to do with the status of medical personnel brought on to deal with the COVID-19 pandemic.

In addition to setting people programs as a high priority, the Air Force budget targets sexual harassment and assault and “extremism in the ranks,” the service saying it will “ensure accountable leadership” in these areas, according to budget documents.

Finally, the spending plan is designed to build tighter relationships with partners and allies and “build unity” with the other services.

Operations and maintenance accounts claim 40 percent of the requested monies, at $63.2 billion, while personnel costs account for 25 percent, or $38.4 billion. Research, development, test, and evaluation would get 18 percent, or $28.8 billion; procurement would be 15 percent, or $22.9 billion, and military construction two percent, or $2.9 billion.

Air Force deputy assistant secretary for budget Maj. Gen. James D. Peccia III, briefing the press on the budget, said the reduced flying hours could be attributed to “the change in global posture overseas,” including reduced operations in Afghanistan, which accounted for 66,000 hours of the reduction.

The remaining hours “were really risk that we could take on peacetime flying,” Peccia said. He noted that the Air Force hasn’t been able to execute its full flying hour program for a few years, and the change reflects that reality. The same approach was taken in 2021, he said.

Because the Pentagon has eliminated the Overseas Contingency Operations, the separate war account known as OCO, those costs are absorbed in USAF’s base budget and account for $7.9 billion of the O&M accounts as “direct war and enduring costs.” Including personnel and other costs, such as replacement of materiel, the total war cost estimate is $10.1 billion for the Air Force, which, with the elimination of the OCO account, comes out of hide.

USAF requests a steep drop in procurement of Joint Direct Attack Munition bombs, from 16,800 in 2021 to just 1,919 in 2022. Peccia said the service is “comfortable with where we are” on JDAM inventories and decided to reduce the buy and put the money toward developing new weapons.

Senior Pentagon leaders touted sharply increased production of the stealthy, long-range AGM-158 JASSM-ER, from 400 units in ’21 to 525 rounds in ’22, describing the missile as key to a counter-China strategy.

For the first time, the Air Force gave procurement numbers for the AGM-183A ARRW hypersonic missile, saying USAF will buy 12 rounds in 2022 at a cost of $161 million, for a unit price of $13.4 million each. Pentagon officials said the objective price of the weapon will be much lower, but the Air Force did not offer any official out-years insight into its cost.

The Air Force would also buy two new dormitories for basic military training worth $172 million, projects worth $185 million supporting the European Deterrence Initiative, 13 projects in the Indo-Pacific worth a collective $572 million, and $105 million for family housing projects.

Retired Lt. Gen. Bruce “Orville” Wright, president of the Air Force Association, said the budget submission is evidence that Chief of Staff Gen. Charles Q. Brown Jr. is “doing what he promised: accelerating change.” Congress and the Defense Department now “need to do their part to ensure that capacity traded away today for capability tomorrow is not lost forever, but ultimately replaced with the capacity needed to deter any and all adversaries and to fight and win when needed.”

Wright said the “pass-through” budget “deprives both the Air Force and Space Force of the funds they need to modernize and equip their forces.”

Douglas Birkey of AFA’s Mitchell Institute for Aerospace Studies said that while it’s one thing to retire KC-10s “knowing that a KC-46 will backfill” it, it’s “quite another to retire an aircraft and hope the requirement will be filled years from now.” The Air Force has “almost always lost” the game of trading current capacity for future capability, he said, adding “numbers still matter.” Congress has yet to weigh in, and the Air Force “has yet to secure its full support” for its approach.

The service “needs to either better communicate the requirement, or adjust plans, understanding that support remains weak.” He also said it’s unrealistic to expect that two services—the Air Force and Space Force—“will be able to exist within the confines of funding originally allocated to one,” a problem exacerbated by the “pass-through” problem.