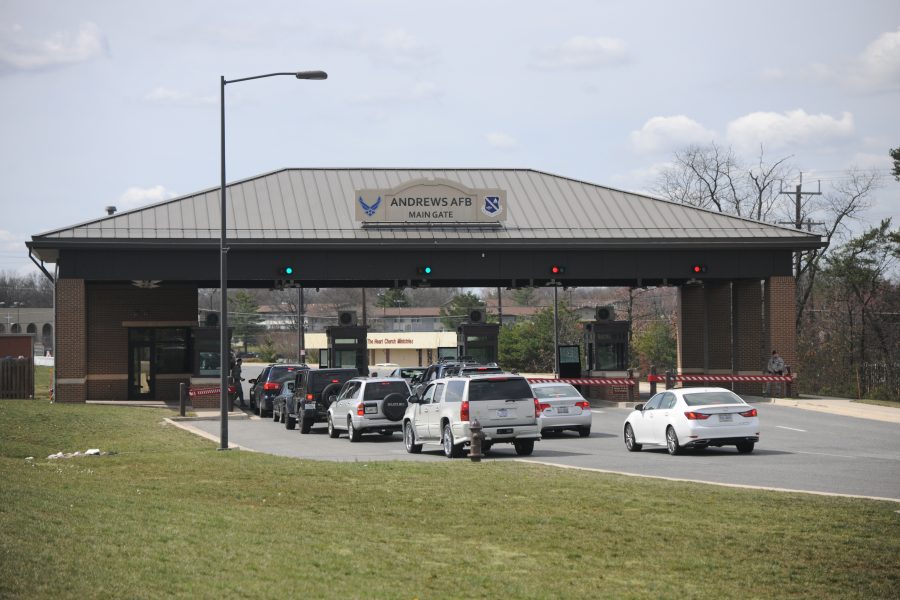 Joint Base Andrews, Md., is clamping down on base access following a Feb. 4 installation breach, a JBA spokesperson confirmed to Air Force Magazine on Feb. 5.

“An unauthorized individual gained access to” the installation, prompting an investigation being led by the Department of the Air Force’s Office of Special Investigations, the spokesperson said.

The spokesperson deferred all further questions about the incident to OSI. Base officials did not say how the individual accessed the base or whether the person was detained.

OSI didn’t reply to a query from the magazine by press time.

The intrusion also led the base to temporarily suspend its Trusted Traveler Program, the spokesperson confirmed to Air Force Magazine on Feb. 5.

The program, implemented by JBA in 2015, allowed “valid [Common Access Card] cardholders with escort authority to vouch for” up to 10 people riding in the same vehicle with them without having to get them pre-cleared by the 11th Security Support Squadron Visitor Control Center at Andrews, an 11th Wing release explained.

Its suspension means visitors will have to be pre-announced—and pre-approved—for a base visit at least 72 hours before a planned trip to Andrews. And even after they get the all-clear to visit the installation, they’ll still need to present valid state identification to be let inside its gates, according to the release.

The base first announced the suspension in a Facebook post published late on Feb. 4 that didn’t offer an explanation for the move.

President Joe Biden and his family landed at Andrews the day before his Jan. 20 inauguration ceremony in Washington.

Editor’s Note: This story was updated on Feb. 5 at 8:07 a.m. EST with new information from Joint Base Andrews, and at 9:56 a.m. EST to reflect the Department of the Air Force Office of Special Investigations’ renaming.