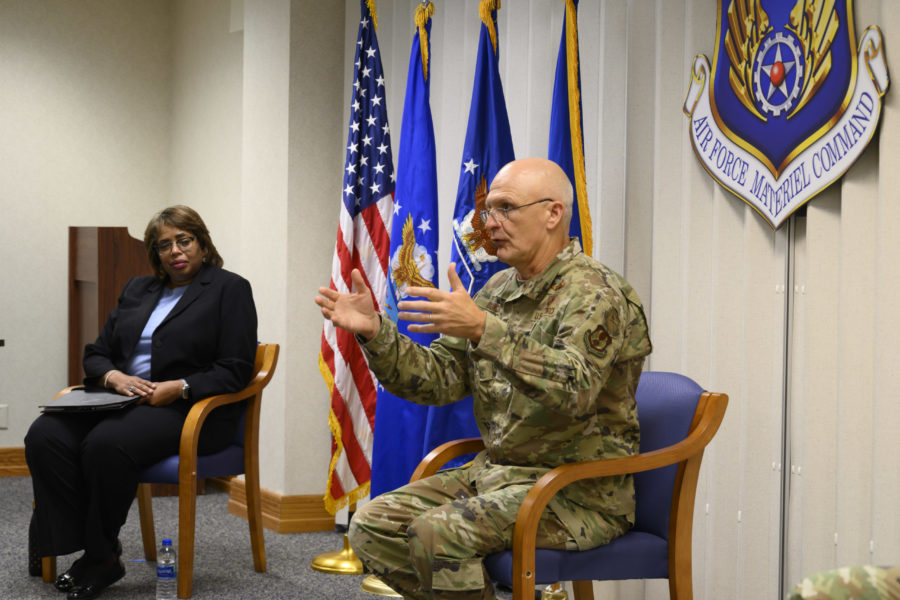 AFMC Releases Results from Its Diversity and Inclusion Survey

While Airmen and civilians in Air Force Materiel Command are generally aware of steps the command is taking to improve diversity and inclusion, there are still shortfalls in overall awareness of the issues and a perception that some will face reprisals if they make equal opportunity claims, according to the results of a recent survey.

AFMC on March 29 released findings from its three-week Diversity and Inclusion Survey, which included 14,000 responses from Airmen and civilians, along with more than 3,500 responses to the survey’s open-ended portion, according to a command release.

“The survey shows that while we are opening minds to many blind spots that would have previously gone unnoticed, we still have a lot of work to do, as we continue our efforts to become a more diverse and inclusive AFMC,” said Gen. Arnold W. Bunch Jr., AFMC commander, in the release. “It is imperative that we get this right. We need to have an environment where every Airman feels accepted, valued, and has the opportunity to achieve their full potential. These results will help guide our continued efforts.”

According to the survey:

AFMC said it is using the survey responses to adjust its D&I actions, along with developing new plans to address issues the survey brought forward.

“We are committed to being a more diverse, inclusive AFMC. This is crucial to becoming the AFMC we need, and delivering what our nation and service expect,” Bunch said in the release. “It will take the commitment and efforts of us all to be successful.”

AFMC’s survey results come about three months after the Air Force Inspector General released the findings from its massive survey on racial disparity within the ranks. That report found that Black Airmen are more likely to face administrative and criminal punishment, and that these Airmen had wide-spread distrust with their chain of command. USAF, following that report, launched another review looking at additional racial, gender, and ethnic disparities.