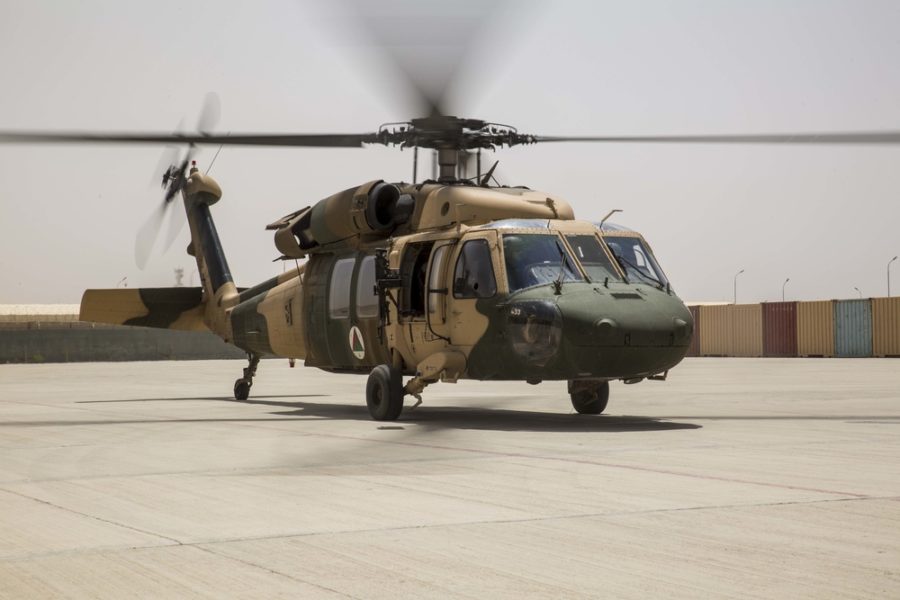 The Afghan Air Force was once considered the Kabul government’s lethal advantage over the Taliban. Now, aircraft and personnel that have not left the country may fall into Taliban hands, but sources say maintenance problems and insufficient aircrews likely will diminish their value.

The Defense Department long struggled to make the Afghan Air Force self-sufficient, with its pilots sometimes deserting during training in the United States and contractor maintenance required to achieve readiness. By June, readiness dropped from over 90 percent in March/April for the AC-208 and 77 percent for the UH-60s to about 30 percent across the force, according to the Office of the Special Inspector General for Afghanistan Reconstruction.

“If they have exceptional pilots, then the number of platforms they have is fleeting, and the technical faculties of those aircraft are not leading edge,” he added.

An Uzbek government official confirmed to Air Force Magazine that 46 aircraft, including 22 fixed wing and 24 helicopters, and 585 Afghan airmen and soldiers had fled to Uzbekistan by air after the fall of Kabul.

“Maybe it will be confiscated, maybe it will be given back to the Afghan government—the Taliban—it’s still unclear,” the Uzbek government official told Air Force Magazine, referring to the aircraft.

Reuters, quoting the Tajik foreign affairs ministry, reported that several military airplanes and over 100 Afghan soldiers also fled to Tajikistan, another Central Asian neighbor. Calls to the Embassy of Tajikistan in Washington, D.C., were not returned.

What is clear is that some 25 percent of the Afghan Air Force fled when the fall of Kabul became imminent.

“For the Blackhawks, and the A-29s specifically, that left those platforms almost unflyable,” he said.

“It doesn’t mean they can’t fly. That doesn’t mean that one or two of them can’t get airborne, like we’ve witnessed with those that have defected, but the number and types that are left that are actually employable is another thing,” Venable explained.

By his count, about 24 less-sophisticated Cessna 208s are still in the country, some of which may be flyable.

It is still unclear whether the United States can legally claim ownership of the property now impounded in neighboring countries.

The Question of Pilots

While the Taliban now controls a number of attack, surveillance, and transport aircraft, it still requires pilots to fly them.

In July, Reuters reported that the Taliban had been on a campaign to assassinate Afghan Air Force pilots to diminish the air strategic advantage. At least six had been killed, according to the report.

Venable assessed that Afghanistan had about 120 Black Hawk crews before the fall of Kabul. It is not known how many crews fled across the border or are in hiding.

In recently surfaced videos posted to Twitter, former Afghan Air Force pilots were forced by the Taliban to fly Hips. More Afghan pilots and crews may be forced to man a Taliban air force, especially if those who fled are repatriated, Venable warned.

“Some of those [Black Hawk crews] will be forced to fly based on the well-being of themselves and their families,” he said. “My humble opinion is that many of the most capable pilots either left or were assassinated in the days leading up to fall of Afghanistan.”

The Uzbek government has sought to enhance its defense partnership with the United States in recent years, conducting joint training and participating in professional military education. However, to maintain good bilateral relations with its neighbor, it may be pressured to bow to Taliban requests to repatriate Afghan citizens and aircraft now in its country.

“The most important thing is for us to get those folks who flew in support of us and Afghan operations … out of the region as rapidly as we can,” said Venable. “That way the Uzbeki government does not have to be faced with that moral dilemma, if and when it comes.”

The defense analyst suggested key American partners and allies such as Germany, the United Arab Emirates, Qatar, and Oman accept the personnel and, if possible, the aircraft.

Defense Secretary Lloyd J. Austin III spoke to his German counterpart by phone Aug. 17 and met with his Qatari counterpart at the Pentagon on Aug. 19. Afghanistan was discussed, but specific details of their conversations were not revealed. Former Afghan President Ashraf Ghani is seeking refuge in the UAE after fleeing Afghanistan shortly before the Taliban takeover.

In an Aug. 18 Pentagon briefing, Austin said DOD was not yet pursuing the aircraft.

“We’re focused on the airfield and getting people out safely,” he said of the Kabul evacuation mission underway. “So, we’re going to take that issue up at a later date, and we’re going to continue to try to gain greater fidelity on the issue as well.”