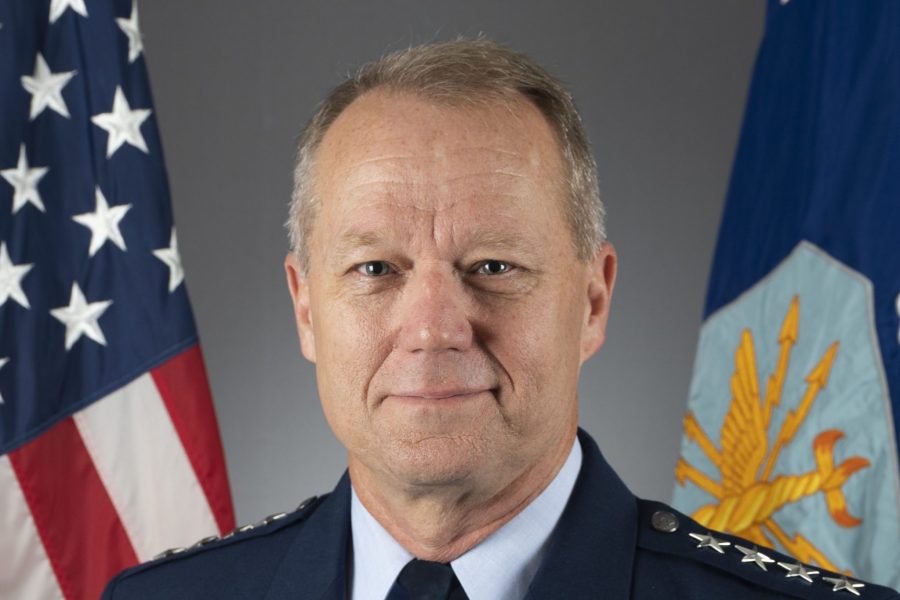 The Air Force’s planned standup of a spectrum warfare wing in 2021 is another element of the service’s overall response to worrisome gains in jamming capability by peer adversaries, said Gen. Mark D. Kelly, head of Air Combat Command.

“We’re working through … a Plan of Action and milestones” for the new organization, which will fall under the Air Force Warfare Center, Kelly said in a recent interview with Air Force Magazine. “We know it’s going to be significantly built off a lot of our already-organic 53rd Electronic Warfare Group” at Eglin Air Force Base, Fla., “that does a lot of our work across the spectrum” and provides expertise for “our programming labs and sensing grid,” though the details are still being finalized, he said.

Then-Vice Chief of Staff Gen. Stephen W. “Seve” Wilson teased the creation of the Wing at an Air Force Association streaming event Oct. 30, saying that “if we don’t dominate the spectrum, we will lose, across all domains.” USAF’s electromagnetic spectrum (EMS) skills atrophied during the wars in Afghanistan and Iraq, when those capabilities weren’t challenged by U.S. enemies, Wilson said. The Pentagon released a strategy for military use of the electromagnetic spectrum Oct. 29, saying a roadmap to new organizations, tactics, and capabilities will be coming in March 2021.

Kelly said America’s peer adversaries, particularly China and Russia, are making “very credible gains” in stealth, precision weapons, and “their own versions of precise navigation,” but those advances “don’t keep me up at night” as much as adversary capabilities in the EMS spectrum.

“Their ability to jam across it, wherever they choose to, is significant,” Kelly said. “I’m talking from the extremely low frequencies down to 3 Hz” to high frequency, very high frequency, and ultra-high frequency, “in our sensing and [command and control] bands,” as well as in the “L, S, X, Ku, K, Ka bands, all the way through the [infrared] spectrum, and ultraviolet wavelengths.”

Each of these has received “focus” from potential opponents, he said. Taken together with adversary advances in “5G and quantum computing, space, and cyber,” the overall picture is worrying, Kelly allowed. Adversaries will use their capabilities in EMS “to close their Red kill chains and … break the Blue kill chains.”

Kelly declined to discuss U.S. offsets to these advances, as “we need to make sure we hold our cards tight” on that score, but “it is important that we present the adversary with just as much chaos, and fog, and friction that we can, to complicate their problems.”

In the area of close-in jamming, as provided by the F-35 and Navy EA-18G Growler, “we need to make sure we can absorb the signals that they are putting back at us, and use them to reprogram quickly.”

An ACC spokeswoman said the new unit will be “the Air Force’s first-ever wing solely focused on electromagnetic spectrum capabilities,” and will focus on “adapting the way the U.S. Air Force engages” in the EMS “and the electronic warfare domain.” The EMS is “critical, as it’s the carrier of information,” she said.

The Air Force is also looking at commercial software programming hubs, notably in the Atlanta, Ga., area, to help it with EMS, Kelly noted. The ACC spokeswoman elaborated that ACC will “work with software hubs in tech-savvy cities, like Atlanta and others, where commercial entities and engineers can partner with the Air Force to create apps and tools rapidly, which will serve” the spectrum warfare wing.