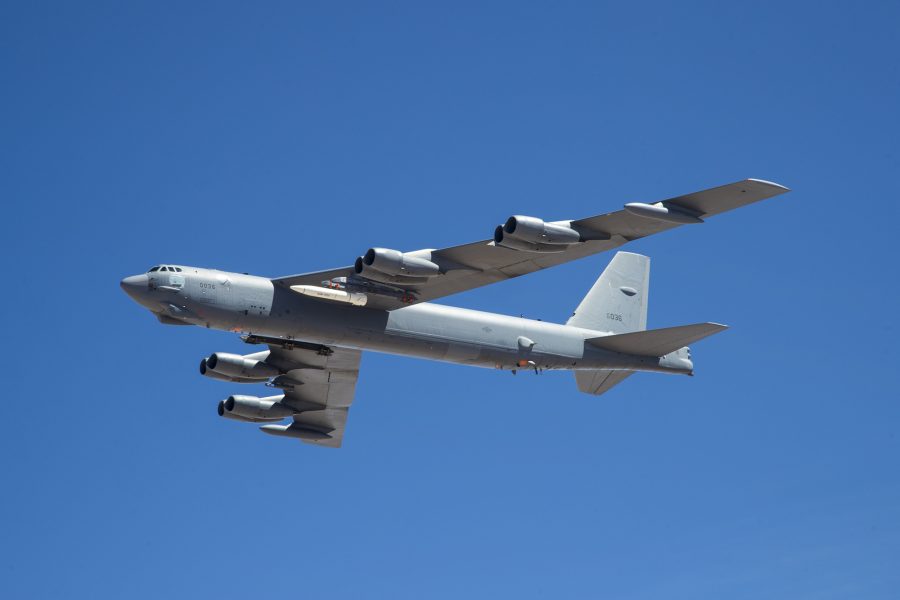 The Air Force on June 12 conducted the first flight test of a new hypersonic weapon, carrying the prototype on a B-52 out of Edwards AFB, Calif. The base released a video of the test on June 17.

The sensor-only version of the AGM-183 Air-Launched Rapid Response Weapon (ARRW) was carried externally on the B-52 to evaluate the drag and wind impacts on the weapon itself.

The ARRW was not launched during the flight, which is an early test in a series of data collection events needed to develop the weapon system, according to an Air Force release.

The service expects it to reach early operational capability by fiscal 2022, though Will Roper, the assistant secretary of the Air Force for acquisition, has acknowledged this is an “aggressive schedule.”

“Getting to this flight test on time highlights the amazing work of our acquisition workforce and our partnership with Lockheed Martin and other industry partners,” he said.

The rapid prototyping effort on the weapon began with a $928 million contract to Lockheed for the ARRW and the Hypersonic Conventional Strike Weapon last April.