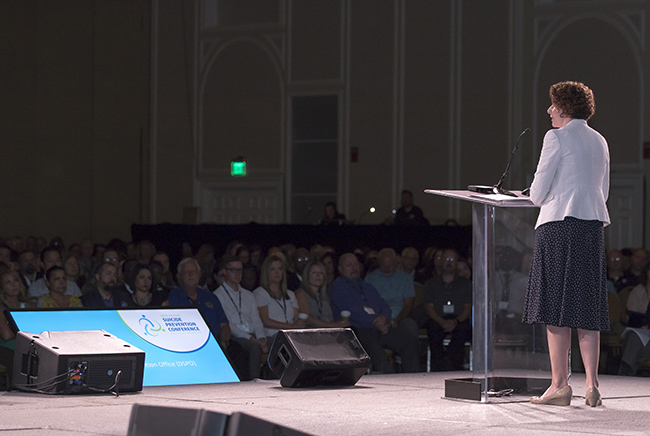 The inaugural report, due out this fall, will detail data on suicide incidents among troops and their family members that occurred in 2018, according to DOD.

“We must do better,” Orvis said during a suicide prevention conference hosted by the Defense and Veterans Affairs departments in Nashville, Tenn. “We have much more progress to make.”

The Defense Department already publishes quarterly suicide reports with data provided by the services, although that information can lack demographic context, a Pentagon spokesperson said. Those documents feed into an annual Department of Defense Suicide Event Report that “standardizes suicide surveillance efforts across the military services and tracks the total suicide deaths, manner of death, and other variables,” according to the Defense Suicide Prevention Office.

But while the annual report’s massive database offers many possible subsets of information, pulling that much data together is a slow process and leads to outdated figures, the spokesperson said. Collecting and aggregating the information takes a year, and breaking it down takes another, so data presented in the final report is two years old.

The new Annual Suicide Report will complement the existing publication. It will cover suicide incidents and rates without the extensive context that holds up the older report, so commanders can get a more immediate picture of how suicide affected their forces in the previous calendar year.

The rollout of a new report will follow the Air Force’s decision to stop wing-level operations for a day to address suicide within their ranks. Air Force Chief of Staff Gen. David Goldfein and Chief Master Sergeant of the Air Force Kaleth Wright announced the pause on Aug. 1.

The daylong stand-downs are intended to get leaders to talk about resiliency and mental health with their airmen and ensure they are well.

At least one wing is using the tactical pause as a springboard for a longer-term resiliency effort. Wright encouraged leaders to design suicide-prevention programs customized to the needs of each wing.

DOD is also looking to the civilian sector for inspiration in the fight against suicide, Orvis said, taking “promising practices” with proven track records of combating suicide and launching them as pilot programs. Multiple initiatives are underway that could potentially be implemented across the department.

The Pentagon is prioritizing “data surveillance and reporting,” “program evaluation,” and “private and public collaboration” to fight suicide in the military, Orvis said.

The Veterans Crisis Hotline is available 24 hours a day, seven days a week, for veterans, service members, and their family members and friends who need help. Call 800-273-8255 and press 1, text 838255, or visitwww.veteranscrisisline.net.