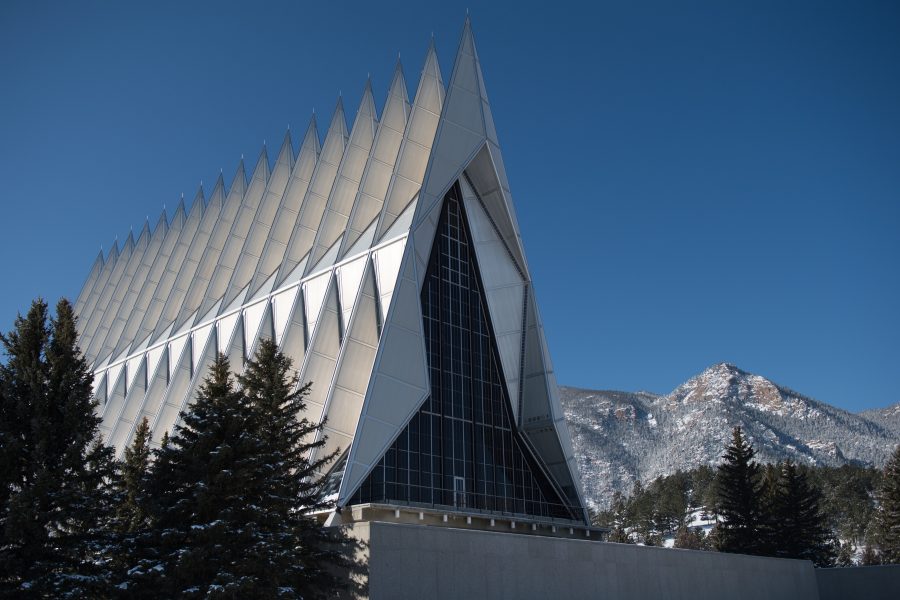 Two first-class cadets were found dead within three days this past week at the U.S. Air Force Academy. Air Force officials say neither death was related to the ongoing COVID-19 pandemic.

The first cadet was found dead on campus on March 26 and the second on March 28. Investigations are underway, but officials say foul play is not suspected.

“These tragedies have caused incredible shock and pain throughout our USAFA family,” said Lt. Gen. Jay Silveria, Air Force Academy Superintendent, in a March 30 statement. “Right now, we are all focused on taking care of the cadets’ families and each other—our cadets, our faculty, our staff—as we grieve this loss. We ask for everyone’s patience and respect for the families’ privacy at this time.”

Though officials say the deaths are not related to the new coronavirus pandemic, they come at an unprecedented time, as the Air Force Academy significantly restricts face-to-face interaction and closes facilities on campus due to the crisis. The Colorado governor issued a stay-at-home order on March 26, which applies to everyone at the Academy currently living in Colorado.

Only about 1,000 first-class cadets and limited faculty and staff remain on campus. Most of those cadets have been housed in single dorm rooms, but the Academy will now allow two students to a room if they want. The 3,000 other cadets were sent home and are now attending classes remotely due to the coronavirus.

Unlike the other service academies, USAFA cadets were still weeks away from spring break when the spread of COVID-19 escalated across the country. Academy officials decided to keep the seniors on campus, which was seen as a more safe and secure location, rather than risk exposure to the virus elsewhere, which could potentially preclude them from graduating in May, according to a letter obtained by Air Force Magazine from Silveria to the USAFA community. Although the situation continues to evolve, Silveria said the plan is to move forward with a May graduation.

“In nearly four decades in uniform, I can tell you that this week has been one of my most difficult, and I know that sentiment is shared across our team,” Silveria wrote. “In particular, the outpouring of positive support from our graduate community has been inspiring. I readily admit that I do not have all the solutions to the challenges we face, but the solution lies in the USAFA family. It is in times like these that feeling the full strength of the USAFA bonds—between our cadets, graduates, faculty, staff, and our entire community—can make all the difference.”

Air Force Secretary Barbara Barrett, USAF Chief of Staff Gen. David Goldfein, and Chief of Space Operations Gen. Jay Raymond all flew to the Academy on March 30 to talk to cadets and better understand the current environment on campus.

In the letter, Silveria said he had just completed a “three-hour conversation” with the first-class cadets, and his staff had “recorded every suggestion they gave—and there were many.” More discussions will follow with cadets who are remote. “I have reached out through several video teleconferences to the rest of our Cadet Wing across the country to discuss the importance of looking out for each other wherever you are geographically, and to ensure they know about the resources, support, and helping agencies we have available,” Silveria said. “Our leadership team and mental health professionals are available 24 hours a day.”

Silveria said officials have reached out to its Academy mental health professionals as well as those “along the Front Range” and in the Pentagon for additional guidance, as it tries to “balance social distancing with the needs for social contact and support.”

“What our nation and the entire world is currently going through is understandably generating a lot of anxiety and unease for our families, friends, and loved ones. As a parent myself, I understand the feelings of concern our USAFA parents have for the cadets who have remained on our campus,” Silveria said. “Likewise, as a graduate, I understand and share the concern felt by our close-knit and protective community of graduates. We made the decision to keep first-class cadets here because our Air and Space Forces have deemed us essential to their missions and while they are here I can guarantee access to COVID testing and world class medical care with our 10th Medical Group.”