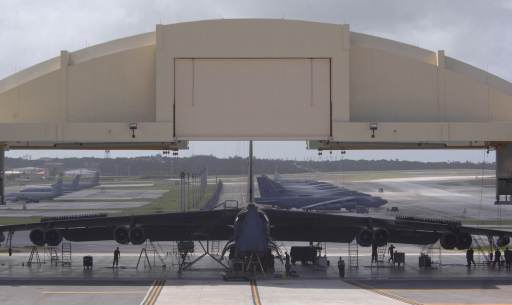 The 2nd Bomb Wing at Barksdale AFB, La., is sending B-52s from its 20th Bomb Squadron to replace BUFFs from its 96th BS that have been deployed to Andersen AFB, Guam, reports The Shreveport Times. The 96th force of B-52s arrived at Guam for their latest strategic presence rotation in January, flying some very long missions during their stay. They also had to hop out of harm’s way when a typhoon threatened to strike Andersen.