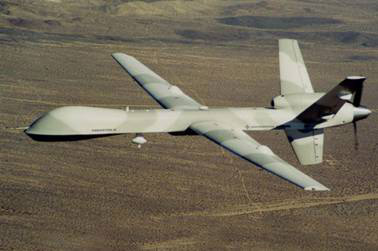 The Air Force unit responsible for testing the Predator A and Predator B UAVs has seen its mission expand since it began operation in June 2005 at Gray Buttes-El Mirage test facility, about 20 miles southeast of Edwards AFB, Calif. The 452nd Flight Test Squadron established a detachment at Gray Buttes to handle development test and evaluation as the test pace picked up for the much-sought UAV. Det. 1 comprises seven permanently assigned 452nd personnel and systems and test personnel from Wright-Patterson AFB, Ohio, Air Force Operational Test and Evaluation Center, and the 31st Test and Evaluation Squadron, a unit of Eglin AFB, Fla., and the contractor General Atomics.