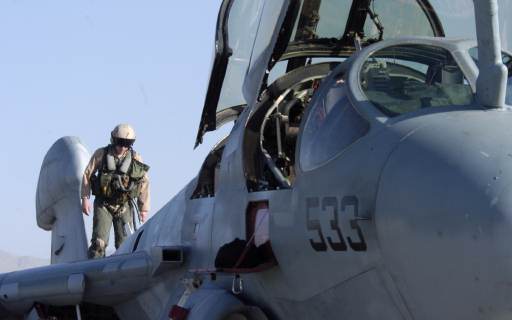 he Navy has awarded a $6.8 million contract to Northrop Grumman to upgrade three more EA-6B Prowler electronic attack aircraft, with a $2 million option for a fourth, according to a company release. Northrop has already outfitted 12 Prowlers with the Improved Capability III kits, which it developed under a separate contract. ICAP III provides a new crew workstation display and new radar threat detection receiver among other hardware and software improvements that should extend the aircraft usefulness to 2018. Currently, the Prowler is the only designated electronic attack aircraft; the Air Force has provided crews to fly with the Navy and the Marine Corps. Still on the Pentagon plate is what to do next because the Navy’s planned Prowler replacement, the EA-18G Growler, leaves the services with a coverage gap. The Air Force may be resurrecting a proposed B-52 standoff jammer program.