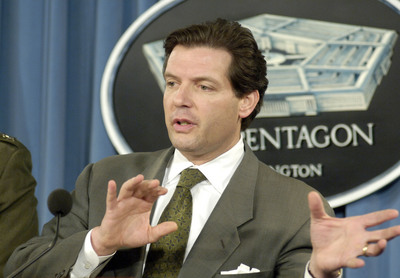 Pentagon spokesman Larry DiRita thinks we’ve got it all wrong about Gordon England’s latest budget memo. As we noted earlier (DR 11/07/05), the Acting Deputy Secretary of Defense on Oct. 19 signed out a note to the armed services, directing them to deliver proposals to cut their budgets. The overall target was $32 billion across 2007-11. At a press briefing last week, though, DiRita said, “I think what the intent of the deputy’s memo was is to … give people a clear understanding of how they need to prioritize as we get close to the end of developing the ’07 program. So I don’t think it’s a question of shortages as much as to tell us where the real priorities are.” He added, “In many cases, we’re not talking about cuts, we’re talking about reductions in planned increases, and so let’s be clear about that.” Thanks.