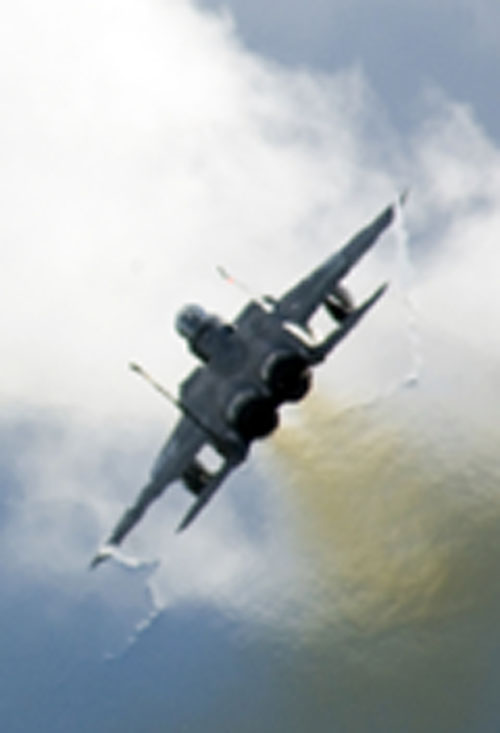 The 12th Fighter Squadron at Elmendorf AFB, Alaska, has again won the Hughes Trophy, the award now presented annually by Raytheon to the top air superiority or air defense squadron in the Air Force. (Officially the trophy now is called the Raytheon Hughes Achievement Award, but it is popularly known by its original 1953 name—Hughes Trophy.) The 12th FS, known as the “Dirty Dozen,” first won the trophy in 1981. Last year, the squadron flew 4,089 sorties and 6,380 hours covering NORAD contingency operations and maintained a 24/7 alert posture. (Amn. David Carbajal reports more on the unit’s 2006 endeavors. To see the list of Hughes Trophy winners, go to our USAF Almanac “Records and Trophies.”)