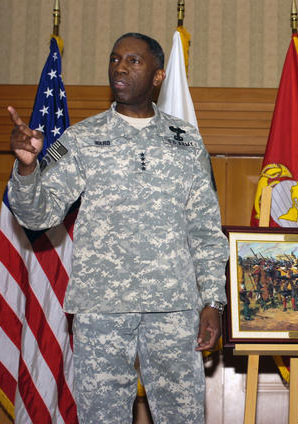 resident Bush has nominated Army Gen. William Ward to become the first commander of the new US Africa Command, which when initially operational in October will be a sub-unified command under US European Command. The Pentagon expects Ward, who currently serves as EUCOM deputy commander, to usher in AFRICOM as a separate unified command by Sept. 30, 2008. He has been instrumental in helping craft the new command’s agenda and operating structure, which will include a State Department official as one of its deputy commanders.