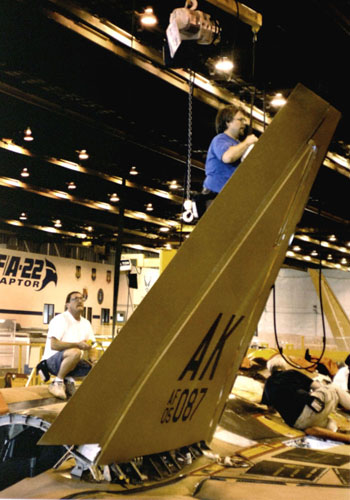 The F-22 Raptor aircraft will be a frequent guest at Anderson AFB, Guam, beginning in mid-2008, Gen. Paul V. Hester, commander of US Pacific Air Forces, told reporters at an unveiling ceremony for PACAF’s first F-22, currently under production at Lockheed Martin’s Marietta, Ga., plant. Hester said that PACAF would be sending a cadre of the new fighters to Guam after the crews familiarize themselves with the Alaska environment. The first squadron of 18 Raptors slated for Elmendorf AFB, Alaska, should arrive at the base beginning in January 2008. After that, the Raptors will settle into the Air Force’s now regular rotation of fighters and bombers into Anderson.