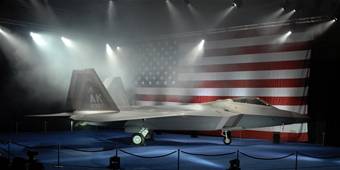 Pacific Air Forces has just accepted the first of 36 F-22A Raptors slated to form PACAF’s first Raptor unit, the one to be created at Elmendorf AFB, Alaska. Service and Lockheed Martin representatives gathered at Lockheed’s Marietta, Ga., production facility Tuesday for the rollout ceremony, at which Sen. Ted Stevens (R-Alaska) recalled that airpower great Billy Mitchell once said, “Alaska is the most strategic place in the world … whoever holds Alaska will hold the world.” PACAF also plans to create a Raptor unit at Hickam AFB, Hawaii.