What’s Behind the Designation Change? 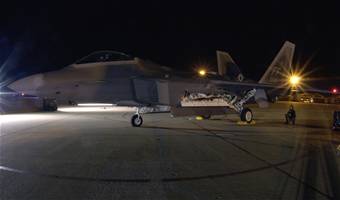 Moseley explained that the rationale behind Raptor’s redesignation as plain F-22 vice F/A-22 is simple: F/A is not really part of present-day Air Force nomenclature. He went on to say that it would have been equally reasonable to designate the new fighter with an RC or RW because its sensor and avionics suite is so powerful that it’s as capable as a Rivet Joint signals intelligence aircraft or a Compass Call electronic warfare aircraft, or many others in the intelligence-surveillance-reconnaissance field. “We had no desire to call it an RC or EW or an F/A/EW/RC-22 something,” said Moseley.