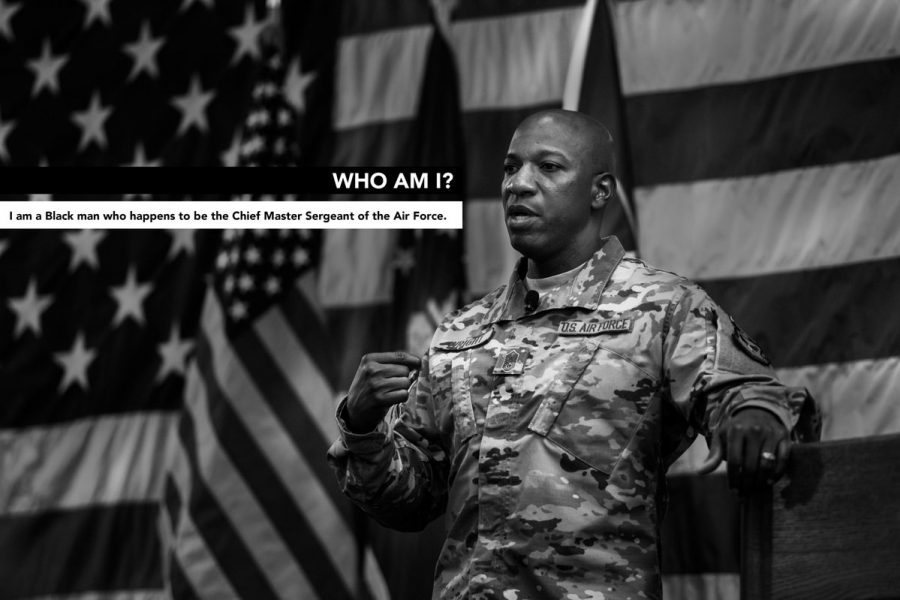 The Air Force will conduct a “full and independent review” of its military justice system, looking at racial disparities in discipline, while also looking to increase diversity in the service’s highest ranks as civil unrest spreads across the country.

“I am George Floyd … I am Philando Castile, I am Michael Brown, I am Alton Sterling, I am Tamir Rice,” wrote Chief Master Sergeant of the Air Force Kaleth Wright, in a lengthy, personal letter posted on his Facebook page. “Just like most of the Black Airmen and so many others in our ranks … I am outraged at watching another Black man die on television before our very eyes.”

Floyd’s death has sparked mass protests, many turning violent, across the country.

“What happens all too often in this country to Black men who are subjected to police brutality that ends in death … could happen to me,” Wright wrote. “I hope you realize that racism/discrimination/exclusion does not care much about position, titles, or stature … So yes, it could happen to you, or one of your friends, or your Airmen, or your NCOIC, your Flight Chief, your Squadron Commander, or even your Wing Commander.

The Air Force has its “own demons that include racial disparities in military justice and discipline,” along with a “clear lack of diversity” among the senior officer ranks, Wright said.

Following discussions with 25 “of my closest friends”—white, black, Asian, enlisted, officer, and civilian—to first acknowledge their right to be angry, but then start a dialogue on what can be done. This includes the review of the justice system to “look to uncover where the problem lies, and how we can fix it.” The service also is “working to improve the diversity of our force,” especially in the senior ranks. Wright is calling for responses and ideas on addressing these areas.

Within the ranks and wings across the Air Force, Wright called on Airmen to work toward a broader understanding of each other, including bridging the “communication and understanding gap” between law enforcement and young black men.

Airmen should vote, protest peacefully, reach out to local officials, to their leadership, and become active in their communities.

“We need all hands on deck,” he wrote. “If you don’t do anything else, I encourage everyone to fight, not just for freedom, justice, and equality, but to fight for understanding.

“You might think you know what it’s like to grow up, exist, survive, and even thrive in this country as a Black person, … but let me tell you, regardless of how many Black friends you have, or how Black your neighborhood was, or if your spouse or in-laws are Black, … you don’t know.”

While he doesn’t have all the answers, Wright said he is committed to a better future for the Air Force and the broader nation: “A future where Black men must no longer suffer needlessly at the hands of White police officers, and where Black Airmen have the same chance to succeed as their White counterparts. Trust me, I understand this is a difficult topic to talk about,” he added. But it is only “difficult … not impossible. Difficult … but necessary.”