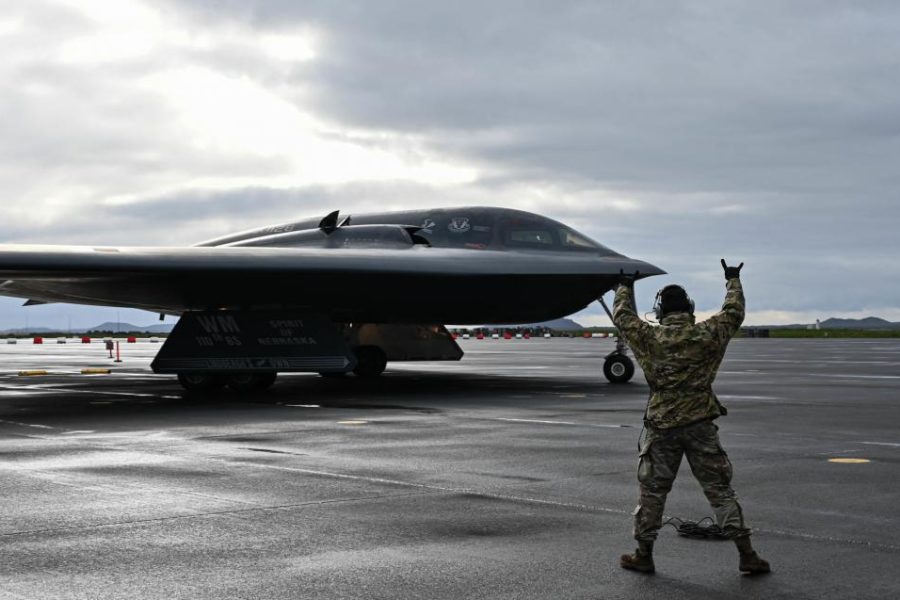 A pair of U.S. Air Force B-2s integrated with Norwegian F-35s over the North Sea on Sept. 8 as part of a recent Bomber Task Force deployment.

The mission was “designed to test escort procedures, stand-off weapon employment, and the suppression and destruction of air defenses,” U.S. Air Forces in Europe-Air Forces Africa said in a press release. During the flight, the two different aircraft were able to link and use fifth-generation data-sharing capabilities.

“The mission demonstrates the value of our continued presence and relationships,” said Gen. Jeffrey L. Harrigian, U.S. Air Forces in Europe-Air Forces Africa commander, in a statement. “What our collective Airmen accomplish on these missions is vital to our alliance and maintaining agility as we move into the future.”

The three B-2s, from the 509th Bomb Wing at Whiteman Air Force Base, Mo., arrived at Keflavik Air Base, Iceland, on Aug. 23.

This marks the second time in the last year and a half that B-2s from Whiteman have integrated with F-35As from the Royal Norwegian Air Force. Back in June 2020, the 509th Bomb Wing conducted a “long-range, long-duration” training mission with the fighters north of the Arctic Circle.

Since arriving in Iceland, the American bombers have also flown over RAF Fairford in the U.K. and integrated with F-15Cs from the 48th Fighter Wing based out of RAF Mildenhall over the North Sea, according to released photos.

The concept of deploying bombers to new locations as part of task forces, as opposed to a continuous presence outside the U.S., was first introduced in April 2020 and was championed by then-Global Strike Command boss Gen. Timothy M. Ray.

In February, Ray said the Bomber Task Forces had increased morale and readiness, provided new training opportunities, and strengthened partnerships while projecting the Air Force’s global reach and power. At the time, he said the service was planning on “expanding beyond the normal” locations such as Fairford, U.K.; Diego Garcia; Moron, Spain; and Guam.