Skip to content
Vice President Mike Pence delivers remarks to the Global Chiefs of Mission Conference “One Team, One Mission, One Future”, at the State Department, on Jan. 16, 2019. State Department photo by Michael Gross.
Expand Photo 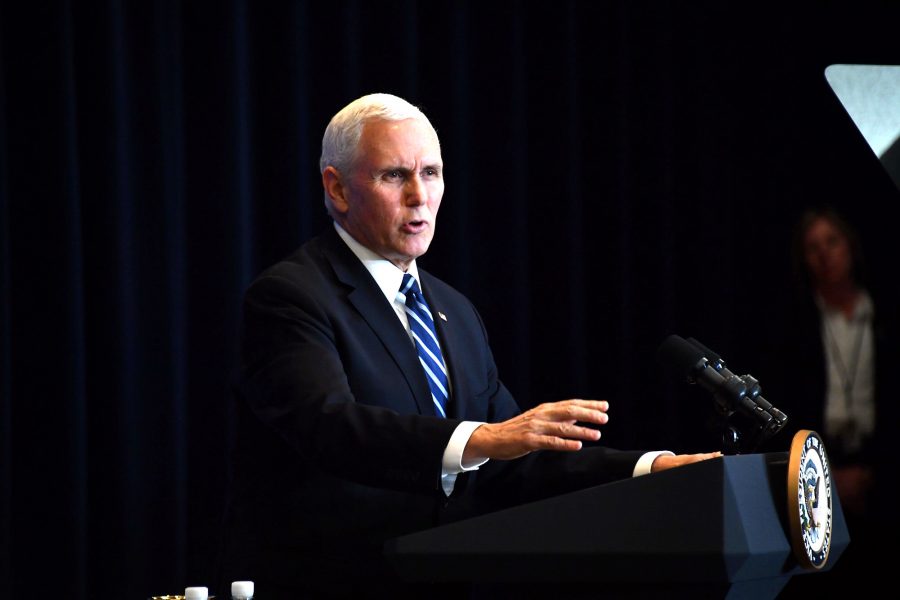 “The Vice President looks forward to honoring the Air Force Cadets for their remarkable achievement this Saturday,” Katie Miller, Pence’s press secretary, told Air Force Magazine on April 15. “… The Trump administration remains committed to supporting our men and women in uniform in every way possible.”

Pence was originally slated to give a video keynote at the commencement, CBS4 News Denver reported.

This year’s commencement ceremony will be closed to the public because of the new coronavirus pandemic. The Academy has also barred all personnel who aren’t considered “mission essential graduation staff” from its grounds from 6 a.m.-1 p.m. local time on the day of the graduation to mitigate the COVID-19 risk, a release stated.

However, USAFA will livestream the event—which the graduating class was empowered to design—via Facebook and YouTube beginning at 11 a.m. MDT (1 p.m. EDT).

“I have invited the Class of 2020 to help the staff design their graduation ceremony and they will do this with the same care for military tradition and the Academy’s legacy as they’ve done leading other world-class Academy events,” USAFA Superintendent Lt. Gen. Jay Silveria said in an April 1 release.

KOAA News5 reported that graduates will be required to maintain a six-foot distance between each other when marching, and will be seated eight feet apart from one another.

The school is encouraging the public to use social media to show solidarity with the USAFA Class of 2020.

“Show your support during these challenging times by sharing pictures of your American flags with #USAFAGrad2020,” its 2020 graduation page stated.