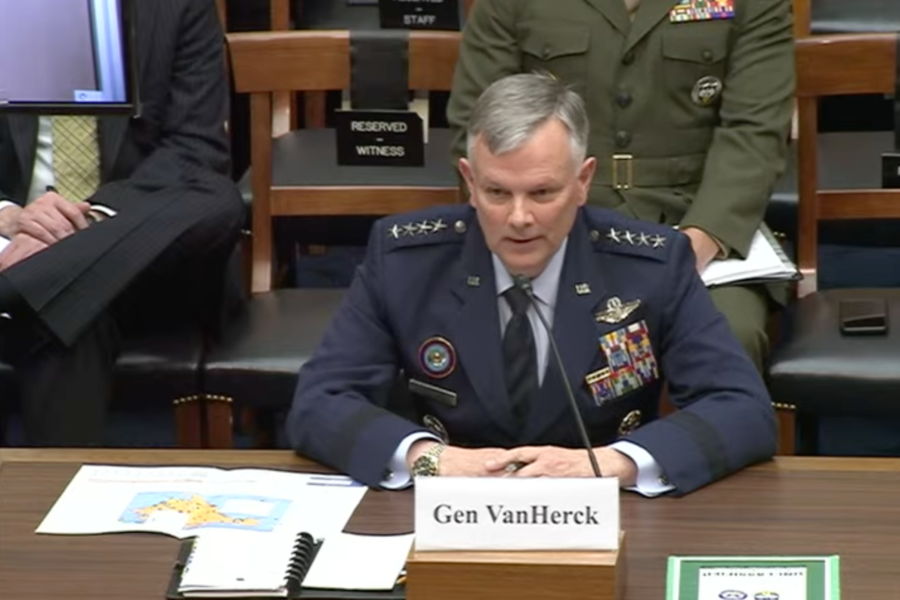 VanHerck: China’s Efforts of Hypersonics ‘Tenfold’ What US Has Done

China’s efforts to develop and field hypersonic weapons has been “tenfold” that of the U.S.’s own push, but the Pentagon will likely increase funding for testing, development, and threat warning in that area in the forthcoming 2023 budget, the commander of U.S. Northern Command told Congress on March 1.

That assessment from Air Force Gen. Glen D. VanHerck, who also serves as commander of North American Aerospace Defense Command, comes after months of increased reports about Chinese progress in hypersonics and American efforts to develop its own capabilities.

“They’re aggressively pursuing hypersonic capability tenfold to what we have done, as far as testing within the last year or so, significantly outpacing us with their capabilities,” VanHerck told members of the House Armed Services strategic forces subcommittee.

“[But] we’re picking up in the department. I’m confident we’ll see when the budget comes out, we’ll see additional resources applied into the hypersonic area, as well as in threat warning and attack assessment for those capabilities.”

The Air Force, Army, and Navy are all pursuing projects in hypersonics, with the Army appearing most likely to field such a weapon first. Air Force Secretary Frank Kendall, meanwhile, has warned of putting too much emphasis on hypersonics just because China is advancing in that area.

In its 2022 budget request, the Pentagon devoted $3.8 billion to hypersonics programs, though the funds in that budget have still not been approved by Congress.

The exact totals in the 2023 budget have yet to be revealed, but one senior lawmaker indicated the legislature would be supportive of increased funding, especially for testing infrastructure.

“You’re going to have substantial support from the Hill to upgrade infrastructure given the fact that we are behind right now on developing hypersonic weapons,” Rep. James R. Langevin (D-R.I.) said.

On that front, the DOD has already made some progress, said Sasha Baker, deputy undersecretary of defense for policy.

“I can assure you and assure the committee that we have made substantial investments in the test infrastructure, both air and ground, in order to accommodate hypersonic testing and other advanced technology testing that we anticipate will be coming down the road,” Baker said.

Richard, who has previously called China’s growth in the area “breathtaking,” declared China has grown into a near-peer nuclear adversary with its “strategic breakout” of nuclear capabilities. As a result, he added, the modernization of the U.S. nuclear enterprise is now an “imperative.”

“The strategic security environment is now a three-party nuclear near peer reality. Our existing nuclear forces are the minimum required to achieve our national strategy. We must modernize and recapitalize the nation’s nuclear triad, nuclear command and control, nuclear complex, and supporting infrastructure to meet presidential objectives.”

“We don’t know the end point of where China is going in terms of the capabilities it’s developing and the capacities that it’s developing,” Richard said. “And while I’m very confident we’re going to wind up with a very good strategy, I think it will need to be a question that we continue to ask ourselves as we see where China goes, as we see where others go, what are the overall capability and capacity that the United States requires in order to execute that strategy against a changing threat? And we’re going to have to ask that question much more frequently than we have in the past.”