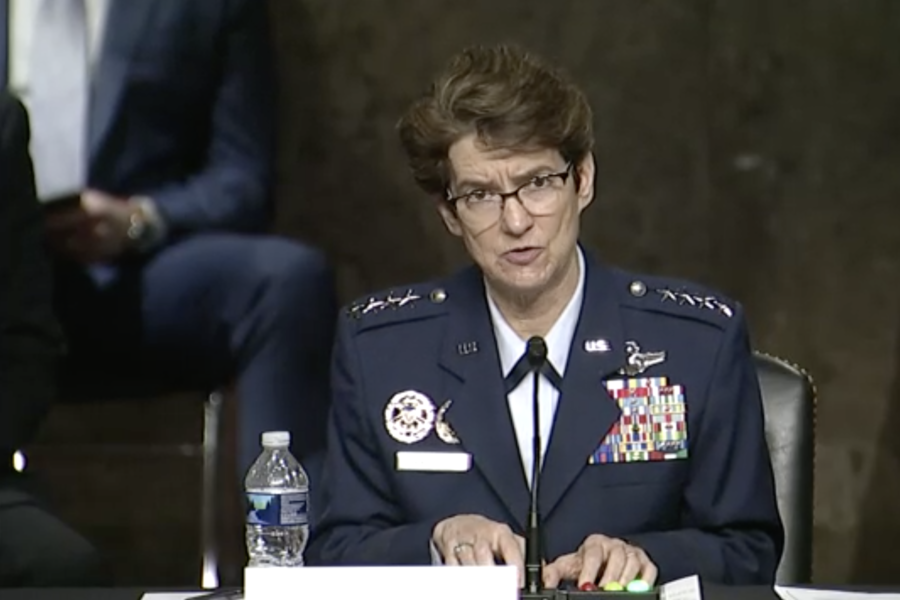 The Senate on Oct. 1 confirmed Air Force Gen. Jacqueline D. Van Ovost to be the next head of U.S. Transportation Command, making her just the third woman to lead a unified combatant command.

Van Ovost, the Defense Department’s only female four-star general and the commander of Air Mobility Command since August 2020, is a command pilot with more than 4,200 flight hours accumulated in more than 30 aircraft, including the KC-46A Pegasus, KC-135R, C-141B, C-17A, and C-32A. The 1988 Air Force Academy graduate has commanded at the squadron, wing, and major command levels. She’s also served as director of staff for Headquarters Air Force, vice director of the Joint Staff, director of mobility forces for U.S. Central Command, and vice commander of the U.S. Air Force Expeditionary Center, according to her bio.

She will assume command from Army Gen. Stephen R. Lyons.

Lt. Gen. Mike Minihan, deputy commander of U.S. Indo-Pacific Command, will pin on his fourth star in a private ceremony the morning of Oct. 5 and then take command of Air Mobility Command from Van Ovost in a ceremony at Scott Air Force Base, Ill., at 10 a.m. CST. Chief of Staff Gen. Charles Q. Brown Jr. will officiate the ceremony.

During her Sept. 24 confirmation hearing, Van Ovost said the U.S. addressed its aerial refueling capability gap when the KC-46 Pegasus was cleared for limited operations. But she said the Air National Guard and Air Force Reserve tanker fleets will need to continue an increased operational tempo until the Pegasus reaches initial operational capability and is cleared for combat ops.

“Each of these women have led careers demonstrating incomparable skill, integrity, and duty to country,” Biden said at the time as Van Ovost and Richardson stood by his side at the White House. Having both of them lead combatant commands shows young girls and boys that “this is what generals in the United States armed forces look like,” Biden added.

Richardson was confirmed for her fourth star and to be the next commander of U.S. Southern Command by unanimous voice vote in August. That change of command has not yet taken place.