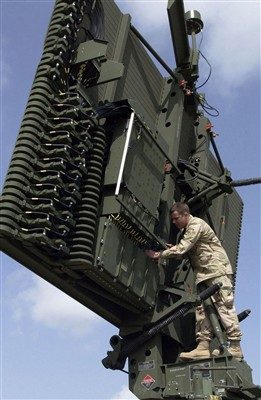 The Air Force said Oct. 13 it plans to choose a long-range radar in early 2021 to replace the aging AN/TPS-75, an effort that has been underway for several years.

Late last month, the service held live-fly demonstrations to vet radars offered by Lockheed Martin, Northrop Grumman, and the Australian firm CEA. The Air Force did not say what those trials entailed, but it plans to analyze the results through the end of 2020 and issue a production contract next year.

The service wants its new radar to track ballistic missiles and to be more powerful, transportable, and faster than the 1960s-era “Tipsy 75” radar. Its current system can track airborne objects more than 200 nautical miles in all directions and detect aircraft as high as 95,000 feet.

Results of the demonstrations will shape the Air Force’s fiscal 2022 budget request as it moves forward with a new contractor.

“We have more hurdles to cross, but completion of the SpeedDealer demos is a significant step that provided the information we needed to make decisions and drive the program forward,” Lt. Col. Matt Judge, deputy program manager for the Three-Dimensional Expeditionary Long-Range Radar effort, said in a release.

A contract award in early 2021 would signal a new direction for the 3DELRR program after the Air Force picked Raytheon in 2014 to replace the current radar. That selection spurred award protests from Lockheed and Northrop, and 3DELRR has seen development challenges and delays since then. The service canceled Raytheon’s contract earlier this year.

The Air Force said in January it would use “try-before-you-buy” demonstrations to speed up the process of getting a new aerial threat-tracking radar into the field. As the service’s main ground radar and a key piece of its battle management network, the AN/TPS-75 is deployed to places like Afghanistan and Iraq.

It previously wanted to award integration and production contracts by the end of December.

“Our combatant commanders need the capability to rapidly detect, identify, and neutralize modern air threats, and they need modern radars to do that,” Col. Michael Harm, senior materiel leader in the theater battle control division at Hanscom Air Force Base, Mass., said in a release. “We saw the need to reinvent how we acquire radar systems because the old acquisition method of taking years to build new systems was much too slow.”

A new radar should be ready for operations by 2024.