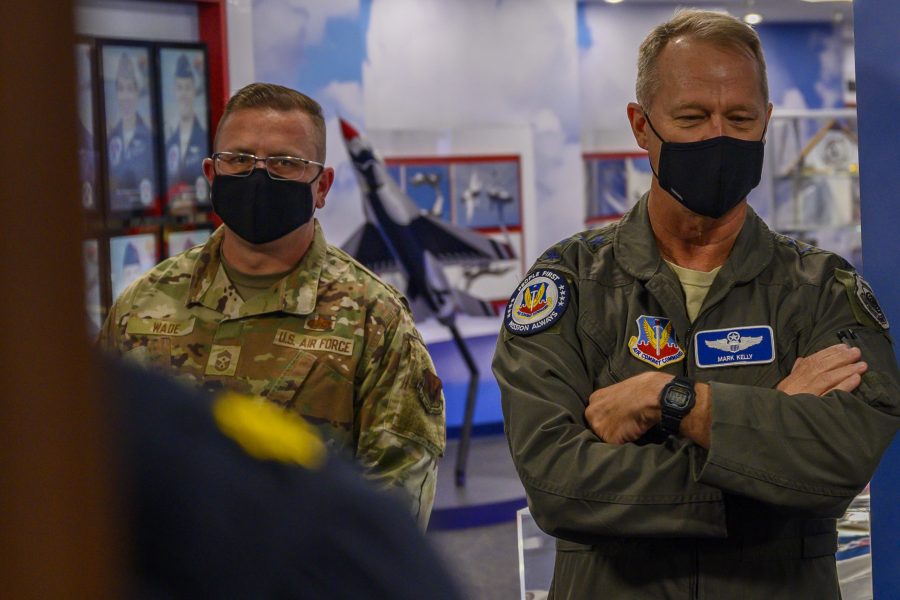 The new construct would routinely change out old gear and modernize equipment, rather than allow a backlog of needed replacements to grow indefinitely. The Air Force wants a model that is easy to understand, as the Navy has managed to do, he said.

During 19 years of nonstop combat, the Air Force has “expended and consumed the force faster than we’ve regenerated it,” Kelly said at an online symposium hosted by the Air Force Association’s Langley Chapter. “We’ve lost significant advantage in the high-end arena during that time.”

The Air Force has fallen behind in modernizing its bomber and fighter force, intelligence, surveillance, and reconnaissance capabilities, command and control, sensors, space platforms, and “ultimately, our kill chains,” he said. Over that time, USAF has exhausted its Airmen, aircraft, and families as well.

“Our adversaries . . . were hoping that we’d continue to admire the problem,” Kelly said.

Referring to Chief of Staff Gen. Charles Q. Brown Jr.’s mantra of “accelerate change or lose,” Kelly said: “We generate better solutions across the joint force, as a nation, if we acknowledge the real possibility of losing the peer fight.”

“We aren’t as powerful as what we own on a spreadsheet. We’re only as powerful as what we can project, generate, protect forward, sustain, and . . . operate,” he said. “I can’t win with capacity that’s unusable because it’s unsustainable. And I can’t win with capability that’s unusable because it’s unaffordable.”

He pointed to the Navy’s force-generation construct, which lets them replenish forces as fast as or faster than they are worn out.

It “ensures that they make their dry dock schedules on time, because they can’t afford to miss one,” he said. But when certain regions need more military power around because aircraft carriers are undergoing maintenance, the Air Force is typically tasked to fill that gap.

Deputy Chief of Staff for Operations Lt. Gen. Joseph T. Guastella is trying to build a similar cycle for the Air Force, Kelly said. That will help keep up with the demand of commanders around the world who need those assets.

Part of revitalizing the force is paving the way for new technology down the road. But the coronavirus pandemic has made it tough to make the case for sixth-generation aircraft and munitions to key lawmakers, because doing so means sitting down with them in small, secure spaces where the virus is more able to spread.

“Now is not the time to do it, but now is the exact time we need to do it,” Kelly noted.

The Next-Generation Air Dominance program is crucial, and Kelly said the joint force does not want to cede air superiority to an adversary for the first time in 70 years.

While Air Force leaders have suggested retiring old iron and using the savings to modernize, Kelly said he doesn’t think the Air Force will let go of certain aircraft without replacing them–—particularly in the Air National Guard. Congress opposes retiring several airframes, like the A-10 attack plane, that USAF wants to divest.

The only way to grow is to divest or seek the money somewhere else, he added.

Giving personnel enough down time is also crucial. The force is tired, Kelly said, but he doesn’t expect the current spike in retention to last. More pilots have remained in the Air Force than expected as commercial airlines have slowed hiring and operations.

“The pandemic has had a horrible impact on people’s personal economy,” and that of the nation, he said. “The biggest mistake we could make is to have a bump in retention and take our eyes off the decades-long problem. Next week we have our aircrew summit in Washington, D.C., and it will be a topic of discussion.”