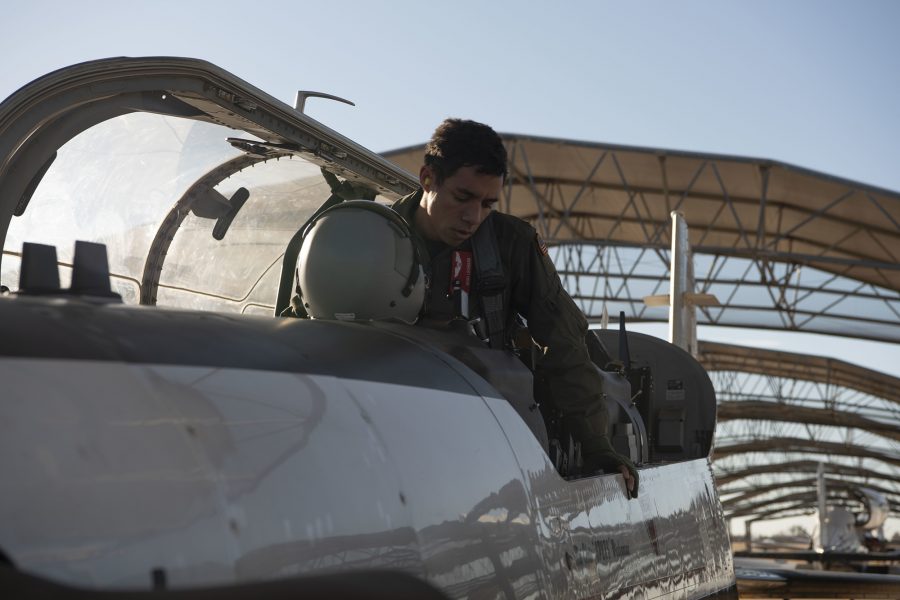 The Air Force needs 2,100 more pilots to reach its goal of 21,000 aviators, indicating that efforts to stem the pilot shortage have not yet been successful.

“As of the end of [fiscal 2019], the Air Force remains 2,100 pilots short of the 21,000 required to execute the National Defense Strategy,” service officials said in written testimony submitted to the House Armed Services readiness subcommittee for a March 3 hearing. “Increasing production of new aviators remains the most significant lever we have to arrest aircrew shortages.”

Military pilots are leaving government service for better-paying, more flexible jobs with private airlines and elsewhere. At the end of fiscal 2016, the service said it was 1,555 pilots short and expected to see the gap grow. USAF launched a number of initiatives, such as additional payment as incentive to keep flying. The shortage grew to about 2,000 pilots short of a roughly 20,000-person goal in the following years.

Fighter pilots have traditionally made up the largest portion of the shortage, which is particularly problematic from an NDS standpoint because the strategy focuses on high-end aircraft to compete with and win in a war against an advanced military such as those of Russia or China.

While the service is pushing to grow its pilot production pipeline to turn out 1,480 aviators a year by fiscal 2024, it has fallen short of its gradually increasing production goals for five straight years. Air Force Times reported Feb. 14 that the Air Force missed that benchmark in 2019 and expects to do the same by the end of the current fiscal year. About 1,300 pilots are slated to finish training by the end of September.

“Between all the services, we’re going to produce 2,200 pilots and the airlines are going to hire 5,000,” Wilson said at the hearing. “We, too, are concerned on being able to produce the number, but then the next part is I’ve got to be able to season them with the right flying hours, then I’ve got to retain them on the back end.”

“I am comfortable that we have got [the] throttle at a right setting to produce a quality product,” Webb said at AFA’s 2020 Air Warfare Symposium. “It cannot just be the puppy mill production of numbers.”

USAF’s fiscal 2021 budget request includes $9 billion for 1.2 million flying hours, $275.7 million to continue developing the new T-7A Red Hawk trainer jet, and $222.4 million to fund contractors that pilots can train against instead of making blue-suit Airmen act as those aggressors. Another $27.6 million will help Air Education and Training Command scale augmented reality training to undergraduates at all of its bases under the Pilot Training Next program.

Backfilling empty spots is only one part of the strategy. The Air Force must also keep the pilots it already has. These aviators are, in the Air Force’s words, “inspired to serve, but are nevertheless stressed by nearly two decades of sustained combat.”

“Retention of these valued aviators remains at risk should operational demands continue to outpace our available force structure, shifting the burden of a high operations tempo onto our already stressed aircrew,” the testimony said.

USAF officials want congressional support to continue retention bonuses for aviators as well as projects focused on their families, like ensuring children can get a quality education in their area and expanding employment options for military spouses.

“The last thing we want to do is continuously surge our people,” Wills said. “We have really talented instructors, we have great Airmen that are out there maintaining airplanes and teaching students. Even though we do have a pilot shortage, the last thing we would ever want to do is make the pace so high that it negatively impacts their quality of military service or their quality of life.”