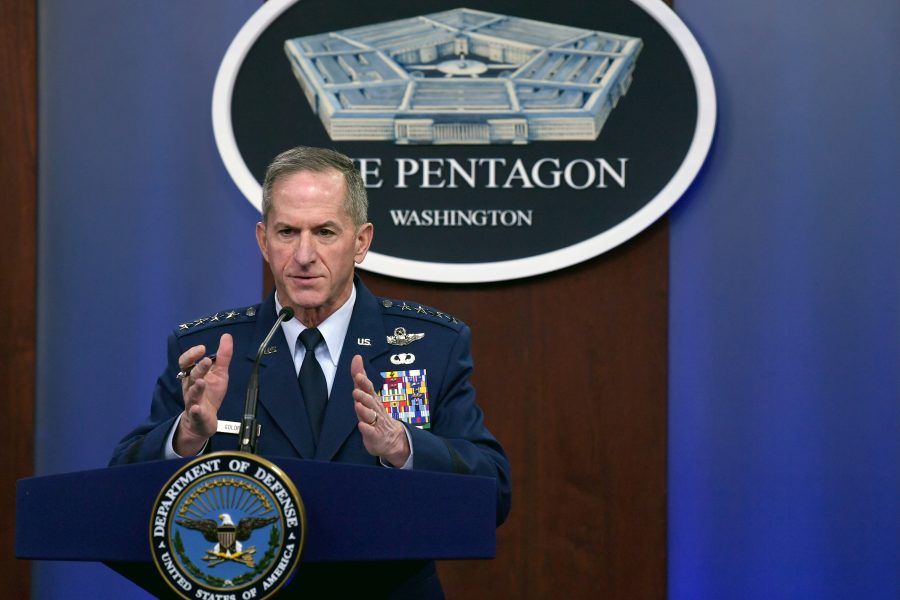 USAF Looking to Pare Down Non-Mission Essential Tasks During Pandemic

The Air Force and its major commands are trying to determine what tasks are mission essential, while finding ways to pare down or completely stop other tasks, as the coronavirus outbreak and its corresponding impact spread.

Air Force Chief of Staff Gen. David Goldfein ordered all major command bosses to report back to him by April 1 on what they deem to be mission essential, with the goal to determine the best way to accomplish those missions while keeping the service safe, he said at an AFA Mitchell Institute event. The reports will be the beginning of a discussion and planning that will play out in the near future.

“As I look at this virus, and the way it’s projected to go going forward, I don’t see us getting better for the next couple months. Though I hope I’m wrong, my job is not to be the eternal optimist, though that’s my nature,” Goldfein said. “My job is to be the realist. Alright? So, if April and May is continuing to get worse, as is projected, before we start leveling off with this virus, how do I, as Chief, keep operating on those key, mission essential tasks during that timeline?”

The issue is exacerbated by the fact that the best way to slow that spread is through social distancing, a hard bargain when Airmen need to be close together, in cockpits, in missile alert sites, and in training, etc.

“Especially, if I’ve got to start doubling up on the number of people, because I’m having to split shifts and keep people separated,” Goldfein said. “Well, you know what that means, I’ve got to repurpose people from mission areas that are not essential to areas that are essential.”

These decisions can’t be made “with the flip of a switch,” so the discussions now across the MAJCOMs will drive how the service can shape its force to meet these needs, he said.

For example, critical missions include maintaining nuclear deterrence and keeping global air mobility flying through the outbreak. Resources from other areas, such as training, could be moved to keep mobility aircraft flying.

There are also still Airmen in harm’s way down range, so strike sorties; intelligence, surveillance, and reconnaissance; and global communications needs must be met. “We’re going to keep those missions going,” Goldfein said.

For now, there have been some cutbacks in exercises, including Red Flag-Alaska. USAF also has scaled back other major exercises abroad such as Defender Europe, its corresponding flying exercise, and African Lion. There’s a Defense Department directive to stop movement, though that doesn’t directly mean combatant command exercises are canceled. COCOMs can go forward with its exercises, but Goldfein said he can’t send anyone to participate.

While April 1 was the deadline for MAJCOMs to put forward their mission essential plans for the “reset,” Goldfein said the service hasn’t waited to act. The Air Force already has changed how it puts its nuclear crews on alert to keep them healthy, and it has adjusted Basic Military Training, including possibly having classes at another location. At headquarters levels, leaders are alternating the days they work in the office and telecommuting more to stay healthy.

“We have changed, significantly, operations through all this,” Goldfein said.