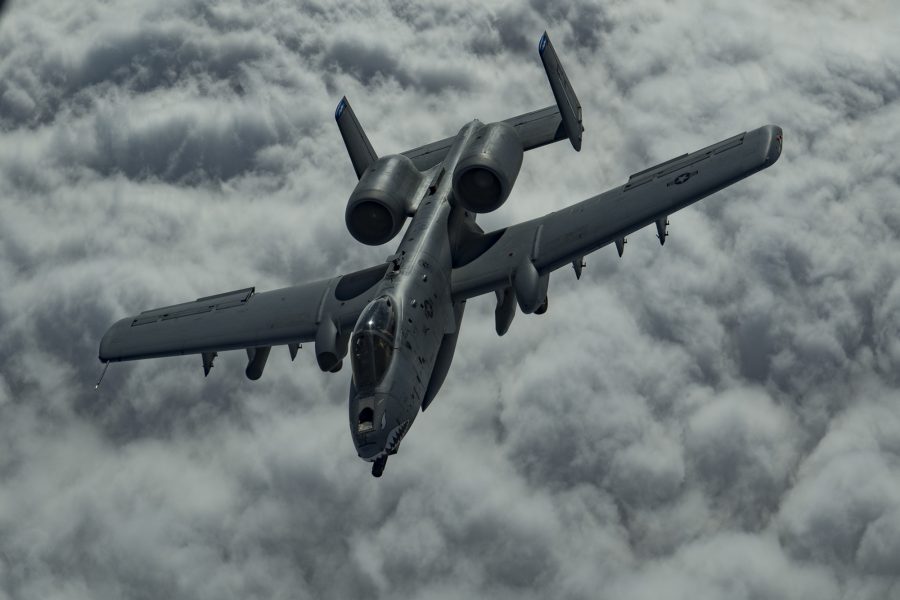 The Pentagon’s fiscal 2021 budget request increases spending on nuclear modernization, space, cyberspace, and multi-domain operations in preparation for great power competition, while proposing to cut dozens of aircraft from the fleet and reducing overseas contingency operations funding for the wars in the Middle East.

“This budget invests in bringing the capabilities of tomorrow to life,” Deputy Defense Secretary David Norquist said during a Feb. 10 budget briefing at the Pentagon. “The result is a budget that puts us on the path to develop a future force that will prevail in each and every domain—air, land, and sea, space, and cyber—leveraging the capabilities of each in a synchronized fashion while fighting seamlessly across them all.”

The 2021 topline is flat and does not include growth for inflation; however, research, development, test, and evaluation increases $2 billion to $106.6 billion—the highest, by percentage of the overall budget, in 70 years, Norquist said. These funding jumps means tradeoffs in other areas, specifically those assets that may not survive a future fight, he said.

“We had to make additional tough choices, major cuts in some areas, to free up money to continue to invest in preparing for the high-end fight,” Norquist said.

Many of these cuts will hit Air Force flight lines directly, with the service requesting authority to cut 17 B-1B Lancers, 21 RQ-4s and three EQ-4 Global Hawk variants, 44 A-10s from both the Guard and Reserve, and 24 C-130Hs from the Air National Guard.

This $53 billion OCO request is about $13.4 billion less than the department’s 2020 request, which Pentagon officials say represents a shift away from continuous operations in the Middle East. However, it includes $16 billion in “OCO for base,” a significant increase from the $4.9 billion in 2020, which helps cover the costs of procurement and provides a work-around to Budget Control Act limitations.

Total investments aim for “irreversible development of a more lethal and efficient force that can project power globally against a full spectrum of threats,” the Pentagon’s budget overview said. This funding plan is subject to Congressional approval, with a likely overhaul of the spending plans expected.

With a combination of base and OCO funding, the budget includes $56.9 billion for 79 F-35s of all variants, 24 F/A-18E/Fs, 12 F-15EXs, 320 support and logistics aircraft, 167 rotary-wing aircraft, and 703 unmanned aerial systems, plus the development of aircraft-related technology and modifications to existing aircraft. Outside of the air domain, the Pentagon intends to spend $32.3 billion in maritime modernization and $13 billion for land domain modernization.

The request includes $28.9 billion for nuclear modernization, including $1.5 billion in funding for the Air Force’s Ground-Based Strategic Deterrent, up from $600 million 2020. Nuclear funding includes $7 billion total for command and control. In addition, the budget requests $20.3 billion for missile defeat and defense, including research on hypersonic defense and the next-generation interceptor, plus procurement of Ground-Based Missile Defense, Terminal High Altitude Area Defense, and Advanced Technology Missile Defense.

The Pentagon wants to spend $3.2 billion in research and development for offensive hypersonics, including accelerating the development of the Air Force’s Advanced Rapid Response Weapon along with Army and Navy projects.

To support the creation of the U.S. Space Force as a separate service under the Department of the Air Force, the budget calls for $18 billion for the space domain, including USSF, U.S. Space Command, and the Space Development Agency.

The budget calls for a personnel increase of 5,600 troops across all services, including an additional 1,500 Total Force Airmen. It also includes a 3-percent pay raise for uniformed personnel, and a 1-percent increase for DOD civilians, as well as investments in family support initiatives, such as professional development for both service members and spouses, an increase in paid parental leave, and increases in funding for child development programs.