Skip to content
A photo illustration of what the B-21 may look like flying over the desert near Edwards Air Force Base, Calif. From the outset, the B-21 has been labeled as an “optionally manned” aircraft, meaning it could fly with or without a crew. Illustration by Mike Tsukamoto/staff; photo courtesy of USAF.
Expand Photo 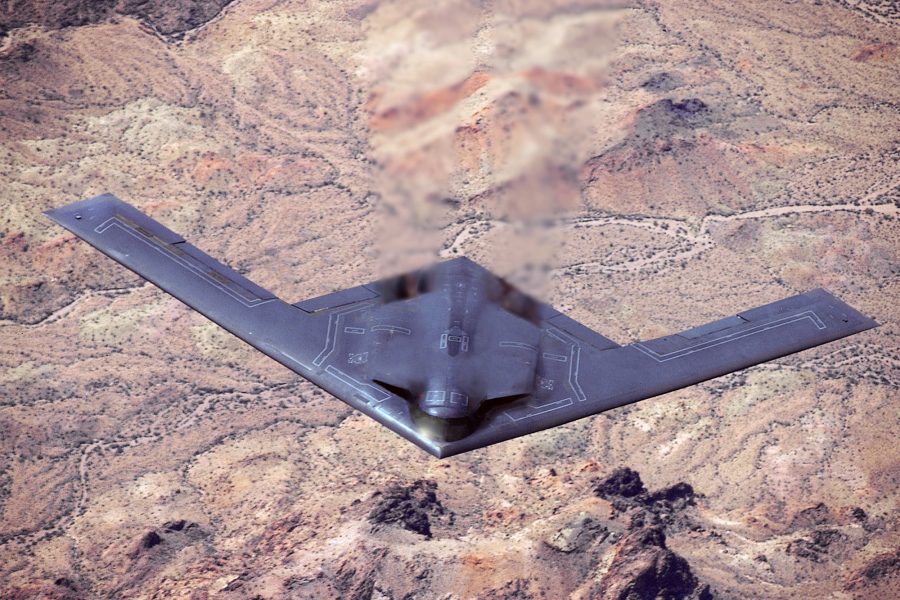 USAF Leaders on Hypersonics, B-21 Production, the E-7 Transition, and Buying Fewer HH-60s

With a repeat of a hypersonic missile test coming up in the summer and the potential to speed up production of the B-21 Raider, the Air Force is “committed” to putting hypersonic missiles on its long-range bombers, said Lt. Gen. Duke Z. Richardson, the top USAF acquisition official.

Air Force leaders testified May 17 before the Senate Armed Services Committee and addressed hypersonics, the bomber, the transition to the E-7 Wedgetail, and the plan to buy fewer HH-60 Combat Rescue Helicopters.

“We are pleased to report” that the hypersonic AGM-183 Air-launched Rapid Response Weapon, or ARRW, “successfully completed boosted test flight 2B” from a B-52 on May 14, Richardson told the committee. “The next boosted test flight is slated for this summer.”

Air Force Secretary Frank Kendall expressed concern about the boost-glide ARRW after three prior test flights failed and has said the Hypersonic Attack Cruise Missile, an air-breathing hypersonic system, is progressing well. The Air Force shifted ARRW production money back to development in the fiscal 2023 budget and boosted HACM.

Responding to concerns from Sen. Tammy Duckworth (D-Ill.) that the Air Force is seeking to divest nearly half its E-3 Airborne Warning and Control System (AWACS) fleet in fiscal 2023—creating a capability gap—Gen. David S. Nahom, deputy chief of staff for plans and programs, said the E-3 fleet is so unreliable that waiting four years for its intended replacement, the E-7 Wedgetail, won’t incur significant new risk.

“When you look at the E-3 fleet right now, and look at taking 15 of the 31 airplanes away, we are concerned with the gap,” Nahom said. “Unfortunately, with the condition of the E-3, we have a gap right now,” he said. The condition of the fleet, due to its age and classified “capability issues,” has already created a deficit.

“There are things we need the E-3 to do that it cannot do right now” in terms of “peer threats,” Nahom said. “We struggle to keep roughly half that fleet airborne,” with “significant maintainability challenges.” The “entirety of the savings” of divesting the 15 E-3s has been applied to the E-7, he said.

“We recognize this is a gap. Unfortunately, the gap exists right now,” he said.

Richardson added that the AWACS fleet represents “an emergency situation” and that USAF “moved very quickly to do the market research” on viable alternatives.

“We’re really pushing hard to get on contract” with Boeing in early 2023, he said. “We want to make sure we do that smartly and not … rush,” he said. “So, we’ll go through two or three solicitations with Boeing to make sure we get the requirement correct,” and that means developing only a “minimum of things that are mandated to be new on the airplane,” such as M-Code GPS and cybersecurity issues.

Richardson promised that USAF will go “as fast as we can to close that gap.” But “for the most part, this is a non-developmental effort.”

Getting the “green aircraft” on which the Air Force version of the Wedgetail will be built with take two years, with a further two years to modify those aircraft into operational platforms for testing—“specifically the radar”—Richardson said. The fiscal 2023 budget requests two aircraft, the first of which will be available in 2027, he said. “More will start flowing after that.”

The program can’t be sped up, Nahom said, and given “confined resources, we needed that money” from divesting the E-3 to “get the E-7 started.”

Richardson said the program could potentially be accelerated: “If we had a third aircraft for test, that would speed things along. But we don’t think it’s smart to rush the contract.”

The “real way” to speed up the program, he said, is, “once we’re done with that certification work, is procure at a faster rate on the back side.” Nahom added that the aircraft can be made operational quickly because Australia, which has operated the aircraft for a decade, has “already offered to help us” with crew, maintainer, and air battle manager training.

Lt. Gen. Joseph T. Guastella Jr., deputy chief of staff for operations, said the E-3 “is exhausted. Much of the Air Force’s fleet is in that condition. It’s not maintainable in the field, and it has those capability gaps, and those things, together, put us in this situation.” The one positive, he said, is that with fewer E-3s to maintain, the Air Force can “get that remaining fleet as healthy as we can.” He also said the E-3s will be deployed more judiciously and for shorter durations, “just long enough to get missions done, then turn them back and restore their health.”

This “episodic” employment is the best way to address the capability gap, Guastella said.

The Marine Corps has asked to divest 25 EA-18G Growler stand-in jamming aircraft, and Sen. Tom Cotton (R-Ark.) asked if the Air Force is considering developing its own stand-in jamming platform.

“We have not,” Nahom said, adding that the Air Force will continue to depend on the Navy providing EA-18 capability. He asked, however, to discuss the matter further in closed session.

Asked if he is concerned that the Navy is divesting these aircraft, Guastella said, “It’s a critical capability … that the joint force has to have.”

Richardson said the B-21 bomber is “on schedule and on budget” and noted that six are in production. Asked what the Air Force needs from Congress to keep it that way, Nahom said “the steady investment. And I think we’ve had that. That’s why we’ve had success in this program … We’ve been well resourced, which has kept it on track.”

Richardson added that the Air Force and Congress have been “a great team on this” but warned that he’s never seen a program that didn’t have issues pop up.

“The program’s going really, really well. But there’s a lot of work to go,” he said. “I don’t know what bumps may come, but there will be bumps along the road, as we finish out the program, and we need to work through them.” He asked for “patience” when that happens.

“To be clear, I don’t know of any” problems with the B-21 now, Richardson said.

Cotton called the B-21 an “exquisitely run” program.

Richardson said he would “not recommend” trying to accelerate B-21 development.

“Speed with discipline is our mantra on that program … We’re moving as swiftly as we feel it’s prudent to do. Once we get further along in the system verification process … we should then look at” accelerating the buy, he said.

Duckworth also said she’s worried about the 40 percent reduction in the HH-60 Combat Rescue Helicopter program, from 113 to 75, asking how the Air Force will conduct this mission with a shortage of airframes.

Nahom replied that in future scenarios, the HH-60 won’t have the “range … or survivability” to carry out the combat search and rescue mission (CSAR) and that USAF is looking at alternatives. USAF special operators performing CSAR have flown in Army MH-47s and Air Force CV-22s, which have longer range, and these approaches may be the bridge to a new capability, he said. But the Air Force doesn’t want to invest too much in a capability that it won’t be able to use in the nearer term, he added. He insisted that the service is not giving up the mission, which he called a moral imperative.