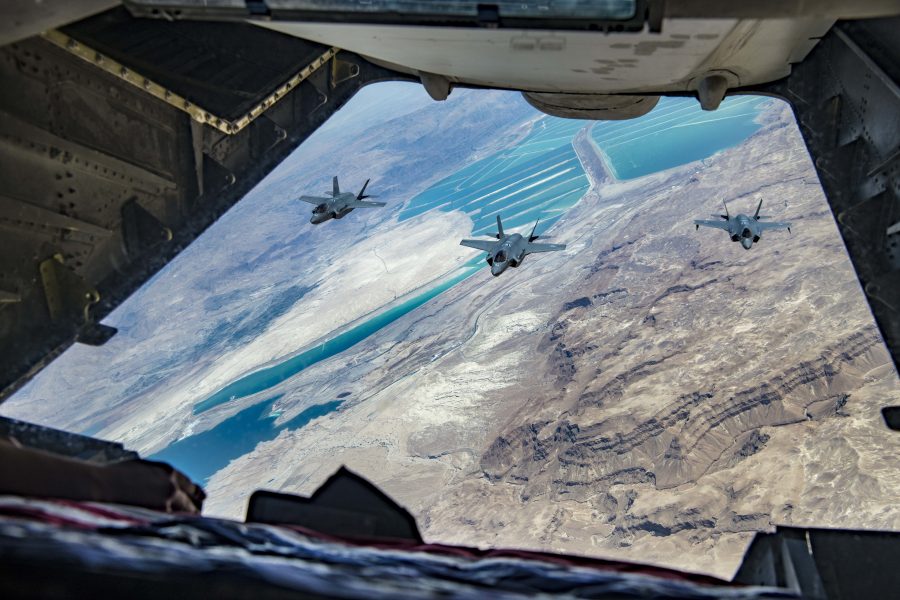 American and Israeli F-35s trained together earlier this week, in the second bilateral exercise between the two countries focusing on Joint Strike Fighter operations.

The exercise tested all specialties of the F-35 and participant aircraft including in-air refueling, engaging targets, and command and control, an Air Force press release said.

Israel was the first foreign country to buy F-35’s, and has agreed to buy 50 aircraft for $1.5 billion. Lockheed Martin has delivered 14, so far. The IAF named the plane “Adir,” which means “Mighty One” in Hebrew. In addition to the two Enduring Lightning exercises, Israeli and U.S. F-35s also flew together alongside United Kingdom jets in a June 2019 “Tri-Lightning” event.

“The Americans are our number one partner,” the head of the IAF’s International Exercises Department said about the first “Enduring Lightning” exercise in a March press release. “I see great importance in cooperating on the most advanced plane in our collection with us as hosts.”