Skip to content
This scanning electron microscope image shows SARS-CoV-2 (orange)—also known as 2019-nCoV, the virus that causes COVID-19—isolated from a patient in the U.S., emerging from the surface of cells (green) cultured in the lab. Photo by National Institute of Allergy and Infectious Diseases —Rocky Mountain Laboratories.
Expand Photo 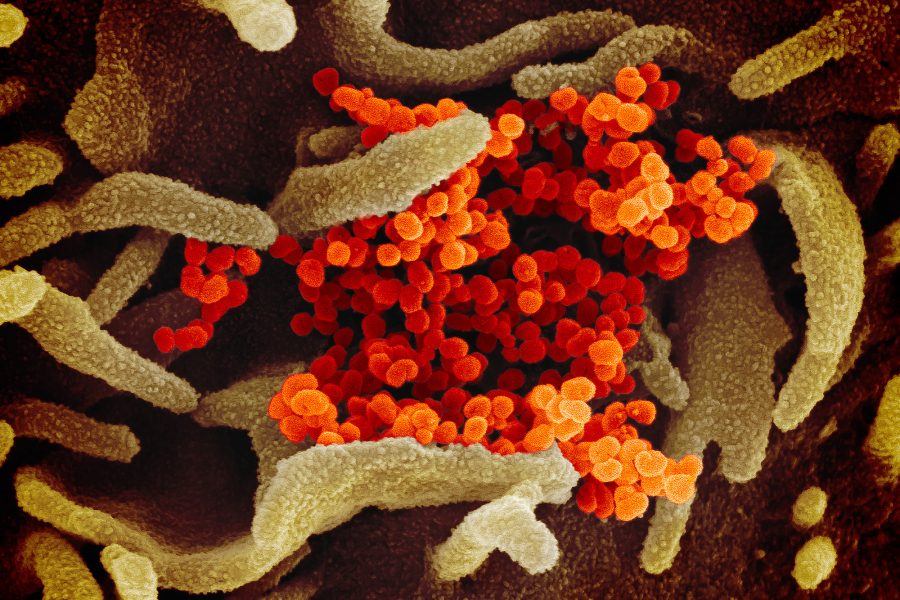 The Air Force is helping the Defense Department collect COVID-19 convalescent plasma from individuals who have recovered from the disease in hopes that it can help the military treat other patients, the service announced last month.

While the military is now nearly halfway to its goal of collecting 10,000 units of convalescent plasma—or the liquid part of the blood donated by people whose bodies have beaten the disease—it’s still seeking potential donors to help it reach that target by Sept. 30.

“Currently, we have almost reached 50 percent of our goal and encourage those who are able to donate to do so to help fight this persistent enemy,” Air Force Deputy Surgeon General Maj. Gen. Sean L. Murphy said in an Aug. 4 statement to Air Force Magazine.

According to the Food and Drug Administration, when people come down with COVID-19, they develop antibodies—or proteins that can tackle the virus that causes the disease.

Since these proteins live in blood plasma, when a qualifying recipient receives a convalescent plasma donation, it may boost their immune system and aid in their recovery, according to a July 10 USAF release.

However, plasma transfusions are reserved for COVID-19 patients who are in the hospital and “severely ill with the disease,” and must be performed according to an approved protocol, the release noted.

To take part in this DOD effort, a potential donor must:

Additionally, “women who have ever been pregnant” may be required to undergo additional antibody testing to qualify, the release said.

“If a donor believes they meet these requirements, they must first contact the local blood donor center before coming in, and if they qualify, set up an appointment,” Army Blood Program director Col. Jason Corley said in the release. “Once set up, the donor must bring the required documentation and undergo the standard donation procedure. Final determination will be made by the medical director or designee.”

Donations may be made at the following Armed Services Blood Program Centers:

The Air Force said it has used convalescent plasma to treat at least one COVID-19 patient so far.