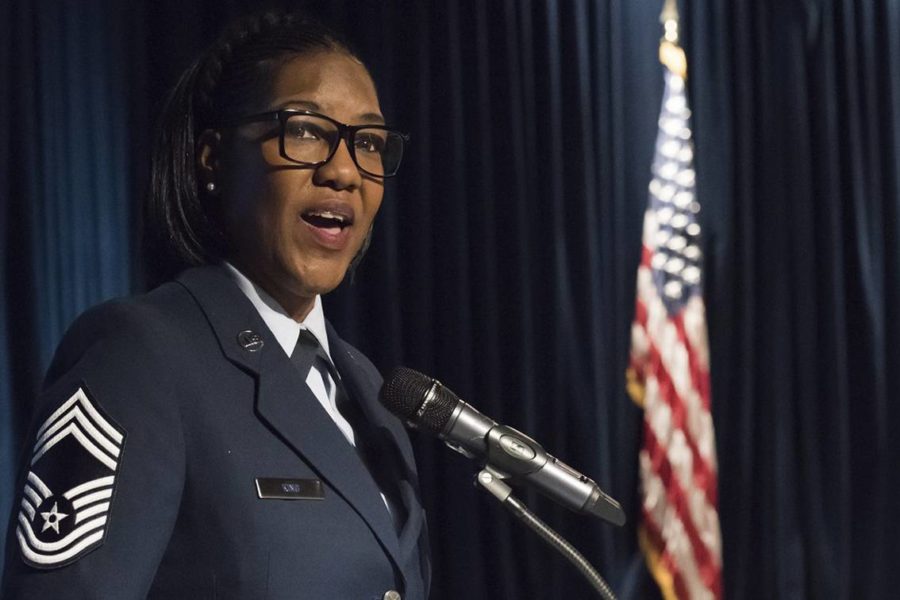 The superintendent of the 96th Force Support Squadron died in a non-combat-related incident at Ali Al Salem Air Base, Kuwait, the Pentagon announced Aug. 5.

King previously served as superintendent for the 374th Force Support Squadron out of Yokota Air Base, Japan.

According to a University of Colorado press release, King was promoted to Chief Master Sergeant in 2016, during halftime of a college basketball game in which her son, George King, was playing. She served in the Air Force for nearly 30 years.

King is the second Airman to die in a non-combat incident in the Middle East in recent months—Lt. Col. James C. Willis, a RED HORSE commander in the New Mexico Air National Guard, died June 26 at Al Udeid Air Base, Qatar. Last September, a pair of Airmen died at Ali Al Salem Air Base in separate accidents involving ATVs in the span of three days.

All told, five Airmen have now died as part of Operation Inherent Resolve since the start of 2020.