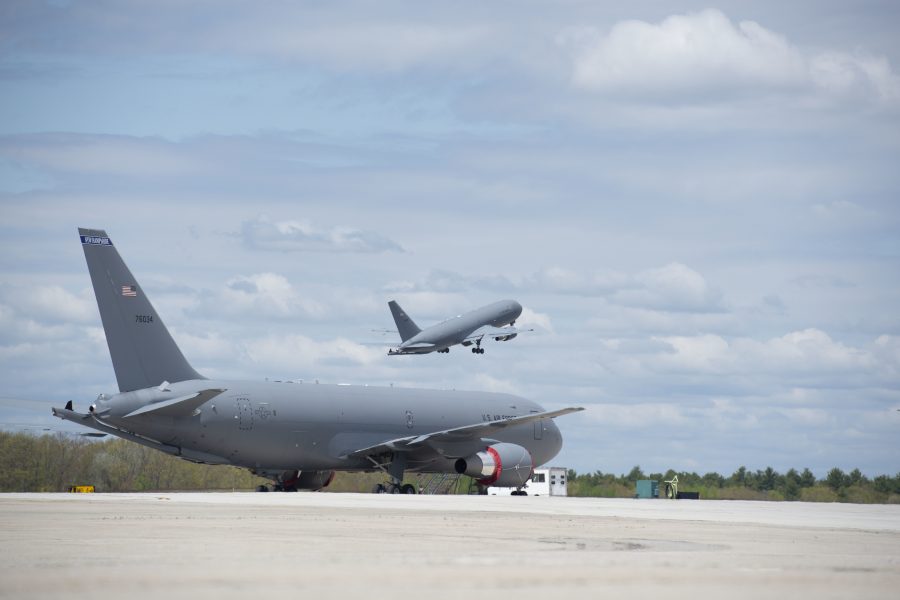 The Air Force is finished evaluating the proposed “interim” fix for the KC-46’s troubled remote vision system, and is moving toward finalizing the design of the “2.0” overhaul of the system.

The service and Boeing agreed in April on the way ahead for the RVS—the system of cameras and sensors linking the operator inside the front of the tanker with the refueling boom system in the back—after design flaws had plagued KC-46 development and testing. The “2.0” proposal includes a hardware overhaul of the system, as well as the addition of new cameras, displays, laser rangers, and other components. In the short term, however, Boeing proposed a “1.5” interim fix largely focused on software tweaks to improve the quality of the image the boom operator sees.

Will Roper, the Air Force’s acquisition boss, said Nov. 24 the service finished its assessment of the latter system, and “there are a few capabilities” that will cut in to the current RVS, but there was “nothing that is Earth shattering or likely to change how the command views” the current capability.

The Air Force is more focused on the 2.0 overhaul, and “we’ve completed nearly every aspect of the design,” Roper said, except for how the image from the rear cameras will be projected to the operator. There are two options being considered:

Once this decision is made, the Air Force and Boeing team will be ready to build a system to test in a laboratory setting.

“Every component we would install on the jet, we will just do that on the ground, and that will give us a lot of confidence that when we go install in the jet itself, it will work as advertised,” Roper said.

Under the April agreement, Boeing expects to deliver 12 aircraft kits by 2023, with installation on the production line starting the following year.

Officials have made progress addressing the issues that have long plagued the Pegasus system, and “it really has felt different once we got past that RVS 1.0 impasse that was keeping us from looking at designs that really can meet warfighter needs,” Roper said. “It’s felt like a new program. It’s felt like an innovative program, and I actually enjoy doing reviews on KC-46.”