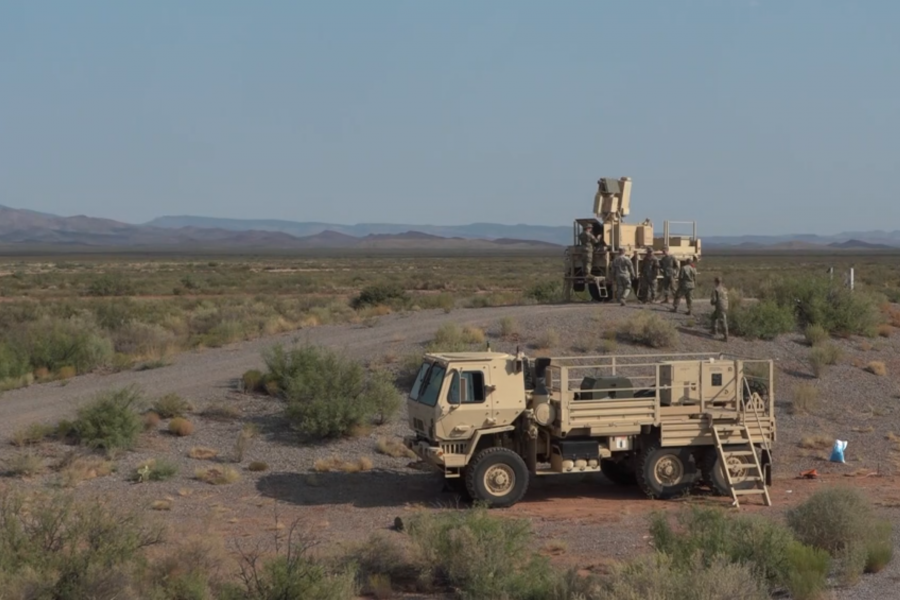 Air Force and Army leaders recently reached an agreement to partner more closely on joint all-domain command and control over the next two years, hoping that collaboration will help achieve their combat goals faster.

Each military department has its own venture to create a battle network that connects assets like tanks and aircraft with sensors to track, target, and attack more efficiently. The Air Force runs the Advanced Battle Management System plan, the Army calls its own work “Project Convergence,” and the Navy has a parallel effort dubbed “Project Overmatch.”

“We’re trying to build the interconnected digital infrastructure needed to allow individual services to bring their own capabilities and connect to one another, much like we do in our daily lives at home with personal devices,” a Department of the Air Force spokesperson said.

The Army and Air Force have worked together on the issue over the past few years, including a series of tabletop exercises to explore multidomain operations in 2018.

In this new step, Air Force Chief of Staff Gen. Charles Q. Brown Jr. and Army Chief of Staff Gen. James C. McConville agreed to pursue mutual data-sharing and software interface standards through the end of September 2022. Officials are hailing the Sept. 29 pact as a pivotal move toward breaking down the institutional hurdles that keep the armed forces from working together more efficiently.

The services are still scoping out how to pursue a common data standard, which the Air Force has started requesting for its own programs, and haven’t chosen specific systems or platforms to collaborate on.

“With the data-sharing, we intend to start with sharing the most critical mission areas within each particular service as well as sharing the data engineering plans for each mission area,” the spokesperson told Air Force Magazine.

The Army will play a bigger role in the Air Force’s periodic ABMS demonstrations (known as “on-ramps”) as a result of the agreement, and likewise for Air Force participation in Project Convergence events. The Air Force did not indicate it is working on a similar agreement with the Navy and Marine Corps.

“Collaboration will primarily include the development of concepts of operations and joint participation in demonstrations, war games, and on-ramps,” the spokesperson said. “We’re also looking at coordinating on identifying and developing the data architecture necessary to enable machine learning and [artificial intelligence] processes.”

Adding “C” for “combined” to the JADC2 acronym indicates the military is starting to think more seriously about bringing foreign partners into the network as well, on top of connecting the U.S. armed forces.

The Air Force has hosted three ABMS on-ramps so far, and is planning another exercise in Europe next spring. The Army is planning Project Convergence events for the next few years with greater participation across the Joint Force, and expects the United Kingdom and perhaps Australia to join in 2022.

“We were able to take the sensor-to-shooter timeline from tens of minutes to tens of seconds. … We’re able to demonstrate joint compatibility with F-35s, Osprey[s], as well as [Joint Special Operations Command] operatives.” Army Brig. Gen. Ross Coffman, director of the next-generation combat vehicle cross-functional team at Army Futures Command, said of Project Convergence during an Oct. 14 panel hosted by the Association of the United States Army.

The pact hasn’t yet launched any new development projects, the Air Force spokesperson said, though they are looking into combined “JADC2 capabilities, data system and automation development, and intelligence collection and technology protection.”

By the time the agreement ends, the services hope to have significantly improved the command-and-control doctrine, organization, concepts, and technologies needed to make combat decisions faster than other advanced militaries like Russia and China.

“If we’re at the end of 2022 and we can witness the Army and Air Force’s JADC2 capabilities integrated, and experimenting, and testing globally integrated operations, we would consider that a success,” the spokesperson said. “The CJADC2 partnership agreement is meant to solidify our commitment to connecting the Joint Force and build [the Internet of Military Things].”