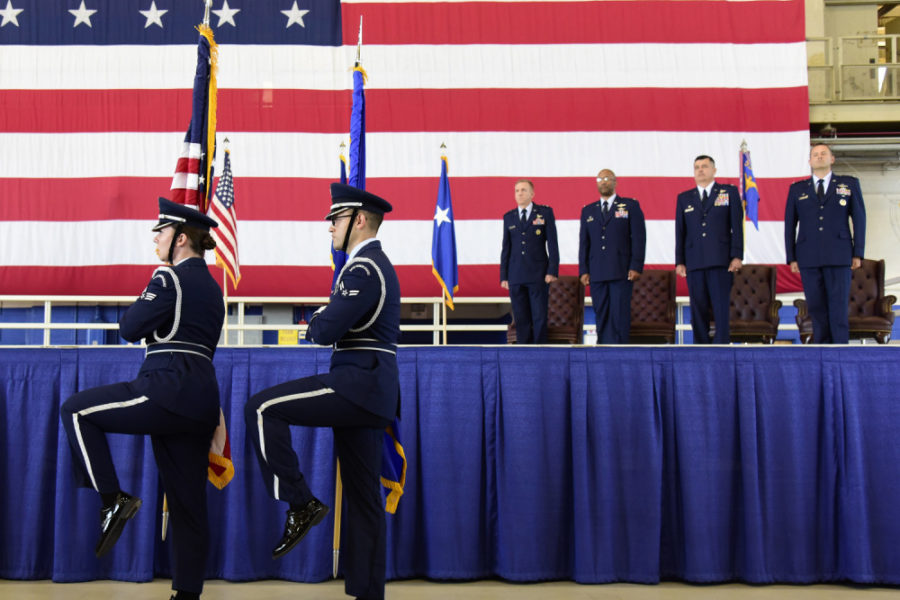 The wing, which is temporarily based at Eglin Air Force Base, Fla., while the Air Force does an environmental study for its permanent location, has long been previewed by service officials as a key step to ensure the U.S. military has superiority in spectrum.

“The competition in the electromagnetic spectrum is more important than ever before. The joint force is connected by and delivers effects in and through the EMS,” said Col. William Young, 350th Spectrum Warfare Wing commander, in a release. “If we lose the fight in the EMS, we will lose the fights in all other domains. We’re here to help make sure that doesn’t happen.

Following the release of a Defense Department-wide electromagnetic spectrum strategy in October, the Air Force announced it was creating the wing. The Air Force’s skills in the area “atrophied” during recent wars in Iraq and Afghanistan, and the new wing will help build a new capability, former Air Force Vice Chief of Staff Gen. Stephen W. “Seve” Wilson said in October.

The wing is aligned under the new 16th Air Force. Existing units such as the 53rd Electronic Warfare Group are moving to the new wing.

“The activation of the 350th Spectrum Warfare Wing is the latest step the Air Force has taken to maintain our competitive advantage in electromagnetic warfare,” said Maj. Gen. Case A. Cunningham, United States Air Force Warfare Center commander. “Placing this critical mission under a wing commander dedicated to this mission set is fundamental to accelerating needed change and ensuring our warfighters can continue to fight and win in the EMS.”

The Air Force expects the wing’s permanent location to be decided in the spring of 2022.