Skip to content
A concept model of the U.K.’s Tempest sixth-generation fighter is pictured at the Royal International Air Tattoo, at Fairford, U.K., July 16. RAF photo via Twitter.
Expand Photo 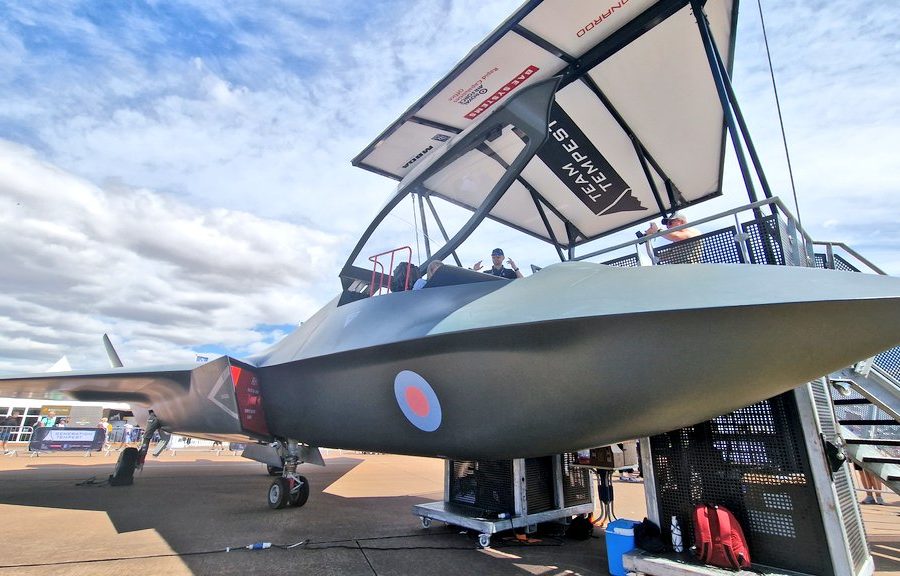 US, UK Will Have ‘Avenue’ to Share Best Practices for Sixth-Gen Fighter Development

LONDON—After working together closely to help develop and deploy the F-35, the United Kingdom and the United States have pursued different programs when it comes to sixth-generation fighters.

At the moment, the U.S. Air Force doesn’t have any publicly known international partners for its secretive Next Generation Air Dominance program. Britain, meanwhile, has teamed up with several other nations as part of its Tempest program. And at the Farnborough International Airshow earlier in July, the British government announced that it will also work with Japan to conduct a joint analysis of Tempest and the Japanese F-X sixth-gen program. Also at the show, the U.K. announced that a demonstrator aircraft for the Tempest program will fly in the next five years.

“We’re aware the U.K. is working with Sweden and Italy on [Tempest],” Metrolis said. “And I saw the announcement about involving Japan, though I believe the U.K. will have to formally submit a request to Sweden and Italy to have Japan join the program.”

NGAD, meanwhile, “is U.S.-only for now,” Metrolis said. That stands in contrast to the development of the F-35. Seven other nations partnered with the U.S. to share development costs and technologies for the Joint Strike Fighter, and the U.K. led the way as the program’s only Level 1 partner, having contributed the most financially besides the U.S.

But while the two nations have seemingly gone their separate ways for sixth-gen, Metrolis hinted that there will be dialogue in the coming years.

“We would welcome the U.K.’s thoughts on sixth-gen development and deployment. But it’s not clear right now how that will look,” Metrolis said.

Specifically, Metrolis pointed to the technologies that will make up the sixth-generation fighters as a ripe area for the U.S. and U.K. to work together.

“It’s going to be the latest technology on both sides. … So if they have a particular insight or capability they can share, or we have something we can share with them, that’s good for the alliance,” Metrolis said. Basically, it’s best practices. There will be some avenue for crosstalk in the future in terms of development.”

And the U.K. might not be the only nation the U.S. turns to in its effort to develop sixth-gen capabilities. Australia has also been part of the F-35 program as a Level 3 partner, and the U.S., Britain, and Australia announced the trilateral security pact AUKUS in September 2021.

The AUKUS agreement was initially focused on sharing technology related to nuclear-powered submarines, but its scope has expanded in the months since. Australian ambassador to the U.S. Arthur Sinodinos noted in November that it will also include “enhanced” air and space cooperation.

“There’s so much more that’s being thought about,” Metrolis confirmed, “especially in air and space: the E-7 [Wedgetail], fifth- and sixth-gen fighters. Sixth-generation might become an AUKUS pillar.”

How exactly that might manifest remains to be seen. While the U.K. is developing Tempest and the U.S. is pursuing NGAD, Australia has yet to publicly involve itself with a sixth-generation program.

As those future decisions are made, Metrolis said there will be economic and industrial base considerations. But even more so will be the question of interoperability.

“We’re very interoperable with the U.K., more than any other nation,” Metrolis said. “And as the F-35 rolls out across NATO, along with other platforms like the E-7, we’ll become even more interoperable. But we still have a lot to do with the interoperable piece.”