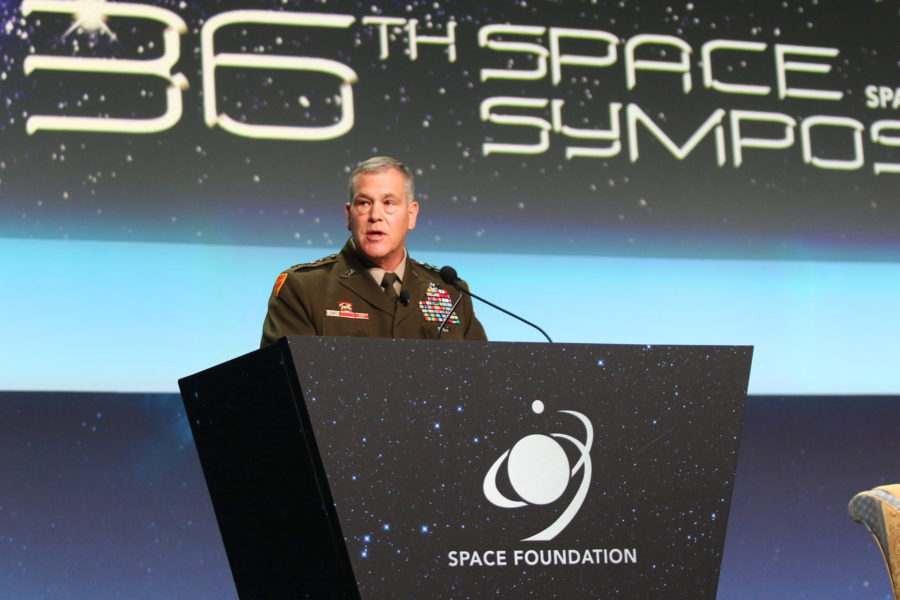 IOC status means the Defense Department’s 11th combatant command has “matured to the point where we have strategic effects,” said Dickinson in a speech just five days shy of the second anniversary of the command’s re-establishment. Unlike IOC for a piece of equipment, Dickinson called the command’s institutional IOC “more strategically focused.”

“How much of an effect can we now have strategically?” he said. “How much have we moved the needle? Well, IOC is essentially a pivot point, or an inflection point. … It’s where we can credibly claim to be organized and effective for employing our enduring, no-fail supporting functions to the joint force, as we have for many years, and our supportive warfighting functions as well.”

He listed some of the milestones that led up to IOC, including:

What comes next, Dickinson said, is “a compelling and extremely important effort to build the future of the U.S. Space Command.”

He previewed a soon-to-be-released strategy document the command will publish, which he characterized as building on his earlier “commander’s strategic vision” and as a “roadmap for what comes next.”

“It describes how in coordination with allies and partners, U.S. Space Command will achieve and maintain space superiority when, where, and for how long we need it,” including efforts to counter “competitor influence” and to “build and maintain strategic advantages, strengthen our critical relationships, and attract new partners,” Dickinson said.

He didn’t bring up Space Command’s future home, however. Its provisional headquarters is Peterson Air Force Base in Colorado Springs. The Department of the Air Force selected Redstone Arsenal, Ala., for the permanent headquarters, but both the Defense Department Office of Inspector General and Congress’ Government Accountability office are investigating the search process that led to that decision.