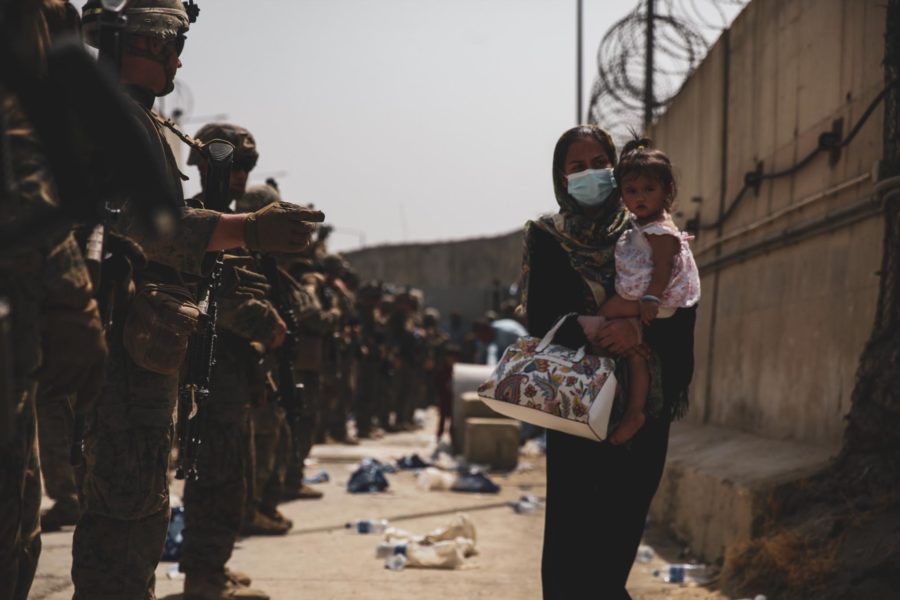 US Has Not Recognized Taliban Government, No Decision on Aircraft and Airmen that Fled

The State Department has not recognized the Taliban government, and despite the presence of dozens of U.S.-provided aircraft and hundreds of Afghan service members in neighboring countries, the U.S. is focusing its attention on evacuating the thousands of Afghans and Americans still in Afghanistan.

In the days before the fall of Kabul, 585 Afghan airmen and soldiers fled in 46 aircraft to neighboring Uzbekistan. Another 158 Afghans crossed on foot, an Uzbek government official confirmed. At least 100 Afghan soldiers also reportedly fled in an unknown number of aircraft to Tajikistan, according to Reuters.

The State Department said the aircraft were secure and the service members were safely in the care of the respective governments, but it’s not clear what efforts are being made to prevent repatriation and possible retaliation by the Taliban.

“The Afghan personnel and aircraft are secure and being housed by the governments of Tajikistan and Uzbekistan,” a State Department spokesperson said. “Due to the critical situation in Afghanistan, we are focused on the humanitarian effort, which is currently affecting Afghanistan and its neighbors.”

The spokesperson said the department is “confident” the governments are also committed to the welfare of those who fled Afghanistan and referred further questions to the governments of Tajikistan and Uzbekistan.

The Embassy of Tajikistan in Washington, D.C., could not be reached.

An Uzbek government official told Air Force Magazine on Aug. 20 that no decision had been made regarding the platforms and Afghan personnel in Uzbekistan, but the government of Uzbekistan had offered the United States use of its airports for flights carrying Afghans wanting to leave the country.

The official also said that 115 of the Afghans who had fled to Uzbekistan returned to Afghanistan of their own accord, though he did not say why or how they returned or whether they were military or civilians.

The State Department and Pentagon revealed that negotiations were underway with a variety of countries to host Afghan special immigrant visa applicants while they are in processing.

The Uzbek official, citing the Ministry of Foreign Affairs, said his country was among those in the negotiation, along with Germany, Slovenia, the Netherlands, Denmark, Austria, Poland, Switzerland, and Kazakhstan.

The Afghan Taliban has been considered a specially designated global terrorist entity since 2002, according to the State Department. The classification is used to impose sanctions, prevent Americans from transacting with them, and blocking all Afghan Taliban property and interests.

The State Department has not yet recognized the new Taliban government.

“We are assessing what has transpired given the leadership vacuum created by President [Ashraf] Ghani’s departure,” the spokesperson said. Ghani fled Afghanistan as the Taliban approached Kabul and is seeking refuge in the United Arab Emirates.

“It is premature to address the issue of recognition,” the spokesperson said, noting the focus is on the Defense Department’s evacuations at Hamid Karzai International Airport.

“We support the ongoing dialogue among Afghan leaders to reach a political solution and continue to press for the principles of inclusivity and protection of rights in any future government formation,” the spokesperson added, noting coordination with Afghanistan’s neighbors and other countries in the region and the international community.

Peace talks between the Taliban and the former government of Afghanistan had been stalled for months as the Taliban made battlefield gains. While frequently attacking Afghan forces amid rising violence across the country, the Taliban were careful not to attack U.S. and coalition forces in accordance with a peace agreement signed with the U.S. on Feb. 29, 2020, in Doha.

“Any future relationship between the Taliban and the international community will depend on the Taliban’s actions.  The world is watching closely,” the spokesperson said. “A future Afghan government that upholds the basic rights of its people and that doesn’t harbor terrorists is a government we can work with.”

The State Department official said that means upholding the basic rights of women and girls and not harboring terrorist groups “that have designs on the United States or allies and partners.”

As of Aug. 20, the status of Afghan diplomats in Washington, D.C., remained unchanged.

Former Afghan government officials confirmed to Air Force Magazine that they are not in contact with the new Taliban government and said they are attempting to seek safe passage of family members out of Afghanistan.