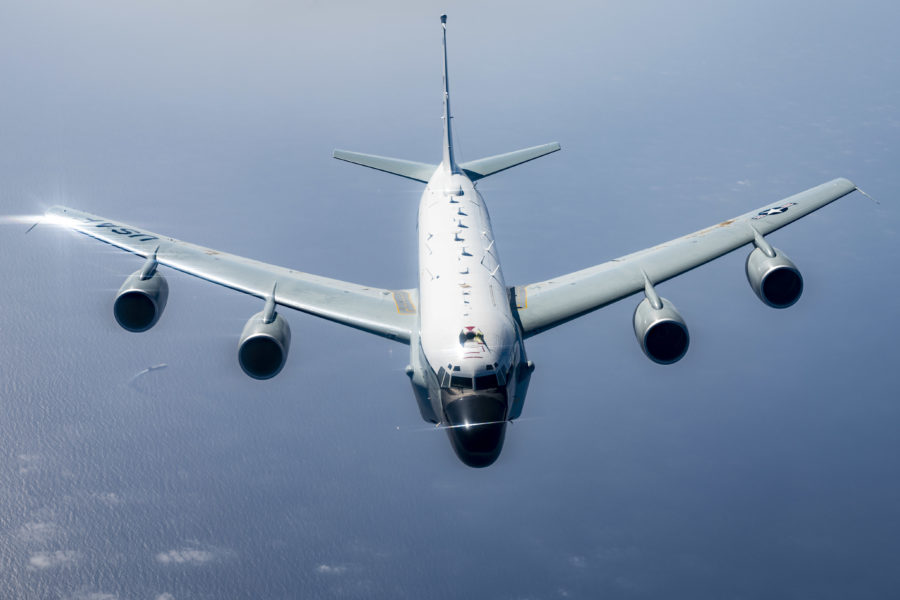 Despite a public plea by Secretary of Defense Lloyd J. Austin III to open up lines of communication following a dangerous near-miss between American and Chinese jets last month, the U.S. and China have not held top-level military conversations recently, and there are no set plans for any.

Austin’s appeal came Jan. 11, a few weeks after a Dec. 21 episode in which a Chinese plane flew within 20 feet of a U.S. Air Force RC-135 Rivet Joint. Both the American and Chinese militaries said the encounter was risky, and the Pentagon said the Chinese jet engaged in an “unsafe maneuver.”

“You see us continuing to try to ensure that we keep those lines open, and I would invite my colleagues in China to meet us halfway there and work hard to keep those lines of communication open,” Austin said at a press conference. “That is the primary and best way to avoid that miscalculation.”

But Austin has not spoken to his Chinese counterpart since November, the Pentagon said, while noting the U.S. is willing to hold talks with the Chinese on what it views as increasingly aggressive behavior towards U.S. and allied aircraft.

“The Department remains open to appropriate engagement at multiple levels and across multiple mechanisms with the [People’s Liberation Army] about the behavior we’re seeing,” DOD spokesperson Lt. Col. Marty Meiners told Air & Space Forces Magazine. “We will continue to voice our concerns about this dangerous PLA operational behavior, and we welcome opportunities to do so directly with the PLA.”

The most recent episode took place over the South China Sea, when a U.S. Air Force RC-135 was intercepted by a People’s Liberation Army-Navy J-11. The U.S. took the unusual step of releasing a video of the incident, calling out what it said was unsafe Chinese behavior. The Chinese released their own video, blaming the Americans. Video from both sides shows the Chinese fighter maneuvering alongside and getting very close to the U.S. reconnaissance plane. A similar incident with an RC-135 occurred in 2015.

Since 2022, Chinese aircraft have gotten increasingly close to American and allied aircraft operating near China, including intercepts of Canadian and Australian aircraft. Those encounters have occurred as China has increased the number of flights and military exercises near Taiwan.

The U.S. has sought military-to-military talks with China to diffuse tensions.

Austin raised his concerns about increased Chinese military activity—which Austin called “provocative” during his recent press conference—with Defense Minister Wei Fenghe during a meeting in November. However, little progress was made in Austin and Wei’s meeting in November.

During a press briefing Jan. 17, Pentagon press secretary Brig. Gen. Patrick S. Ryder reiterated the U.S. desire for more communication between the two countries to prevent an incident that could spiral out of control.

Ryder said the U.S. understood it was natural for the Chinese military to operate in the Indo-Pacific, but the U.S. had a right to conduct lawful operations. China claims most of the South China Sea and has insisted that U.S. military aircraft, as well as other countries’ planes and ships, are intruding. The U.S. does not recognize China’s expansive territorial claims. The Department of Defense said the RC-135 was operating in international airspace.

“We want to do everything we can to reduce potential miscalculation,” Ryder said. “From a United States standpoint, from a DOD standpoint, we certainly will continue to be available to communicate with our Chinese counterparts at multiple levels.”

President Biden underscored the importance of avoiding conflict and maintaining open lines of communication during a Nov. 14 meeting in Bali, Indonesia, with Chinese President Xi Jinping.

Secretary of State Antony Blinken is due to visit China in February.

A previous encounter between U.S. and Chinese aircraft has led to a diplomatic crisis. A Chinese plane and a U.S. Navy EP-3 reconnaissance plane collided in 2001, resulting in the temporary detention of U.S. personnel after they were forced to make an emergency landing in China. The Chinese pilot was killed. The Chinese dismantled the EP-3 but allowed it to be flown out.

The Chinese Embassy in Washington and China’s Ministry of National Defense did not respond to questions from Air & Space Forces Magazine about whether they were willing to have conversations with the Americans about the RC-135 incident or whether China planned to hold any military-to-military talks with the U.S.

“In addition to sharing our concerns publicly, the Department has communicated directly with the PLA about this issue,” Meiners said.