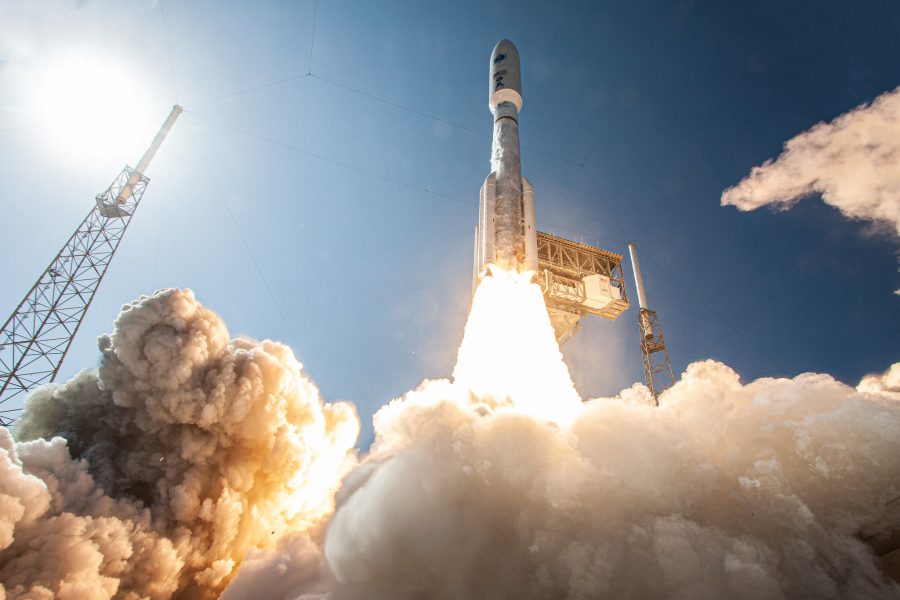 United Launch Alliance and SpaceX will continue in the Space Force’s National Security Space Launch program, leaving challengers Northrop Grumman and Blue Origin to hope for a portion of the military launch business in future competitions.

ULA and SpaceX are already the Pentagon’s primary launch providers.

“We’re very excited within the Space Force to provide a launch capability to the entire department that is dependable and reliable, and we look forward to building on the perfect 81-out-of-81 mission success that the Air Force, and now Space Force, has provided,” Department of the Air Force acquisition boss Will Roper told reporters Aug. 7.

NSSL is a multi-year effort that looks to drive down the cost of putting satellites and other space assets on orbit by engaging with non-traditional contractors and pushing further into modern designs such as reusable rockets.

ULA will provide the rockets for 60 percent of Space Force launch missions through 2024, while SpaceX will handle the other 40 percent. ULA is receiving $337 million for two missions in fiscal 2022—USSF-51 in the second quarter and USSF-106 in the fourth quarter. SpaceX will receive $316 million to launch USSF-67 in the fourth quarter of fiscal 2022.

Together, they will support up to 34 Space Force and National Reconnaissance Office launches over the next few years as the U.S. ditches the Russian-made RD-180 rocket engine commonly used for military space launches. Both will receive additional contracts as more launches approach on the manifest.

The Pentagon must stop buying rockets with the RD-180 by the end of 2022 to comply with federal law.

“Vulcan Centaur is the right choice for critical national security space missions and was purpose-built to meet all of the requirements of our nation’s space launch needs,” ULA President and CEO Tory Bruno said in a release. “This award shows the continued confidence of our customer in the commitment and dedication of our people to safeguard these missions.”

SpaceX offers its Falcon family of rockets for military missions. The company did not immediately respond to a request for comment.

Officials judged the bidders on their technical merit, past performance, ability to work with small businesses, and price, Roper said. The program temporarily hit a snag when the Government Accountability Office sided with Blue Origin in a bid protest that challenged the selection criteria as ambiguous and unreasonable.

Blue Origin and Northrop Grumman, who were maturing their rocket technologies under previous contracts, will be allowed to bid on the third phase of the program later in the 2020s.

“We will work with those two companies to determine the right point to tie off their work,” Roper said. “The goal is not to carry them indefinitely. The point … was to create a more competitive environment, leading into phase two, which was full and open, and every competition hereafter will be full and open.”

The Space Force believes its launch needs can only support two contractors, but that it’s helpful for other companies to continue working on their products in the meantime, Roper said. The service says its cost-cutting measures have freed up $7 billion in procurement funds for the Department of the Air Force and NRO to use elsewhere.

“We don’t think this is the last round of innovation that we’re going to see,” Roper said. “Though we’re excited for the next five years of phase two, we’re looking ahead to phase three, five years from now, and we’re just wondering what new leap-ahead, lower-cost technologies might be on the forefront to make assured access to space not just assured, but cheaper.”