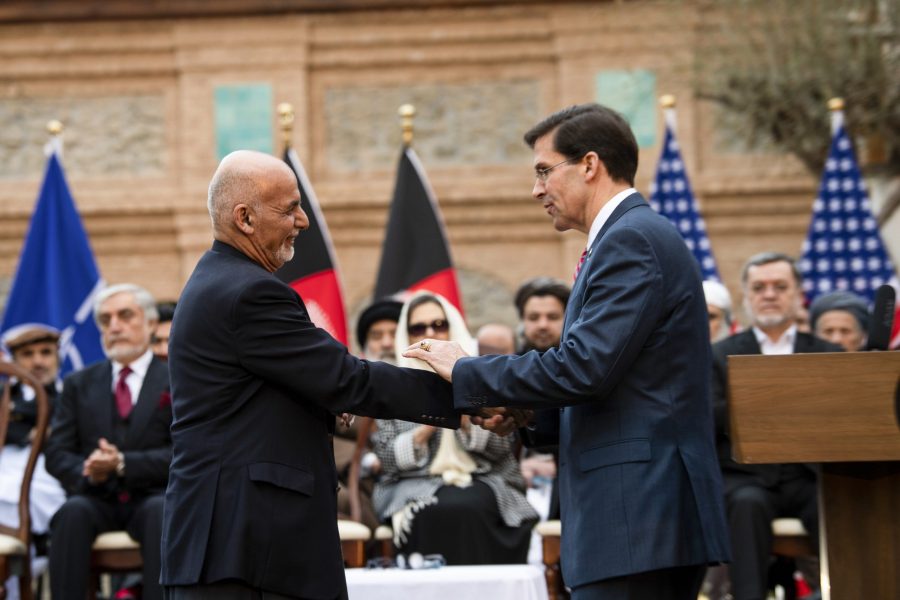 All foreign troops could be out of Afghanistan in 14 months, under an agreement signed in Doha, Qatar, on Feb. 29, which Defense Secretary Mark Esper called “the best chance Afghanistan has had in 19 years to achieve peace.”

The agreement between the Taliban and the U.S. “paves the way for intra-Afghan negotiations to proceed so that a permanent and comprehensive ceasefire may be achieved,” Esper said during a ceremony in Kabul.

The U.S. plans to reduce the force level in Afghanistan from 12,000 to 8,600 within 135 days, and eventually remove all American troops from the country—provided the Taliban holds up its end of the agreement, he said.

“All of our decisions moving forward are conditions-based and require the Taliban to maintain the ongoing reduction in violence,” Esper said in a speech to service members in Afghanistan. “If the Taliban fail to uphold their commitments, they will forfeit their chance to engage in negotiations with the Afghan government, and will not have a say in the future of this country.”

The U.S. negotiated a temporary reduction in violence in February so the peace talks could move forward; Taliban attacks against U.S., coalition, and Afghan forces had spiked at the end of 2019, reaching the highest level since the Special Inspector General for Afghanistan Reconstruction started keeping track in 2010.

Esper told AFA’s Senior Director of Government Relations Keith Zuegel in a phone call from his plane on the way back from Kabul that while there “are a lot of ‘ifs’” remaining, the U.S. will not leave any air assets or other residual force in Afghanistan if the Taliban meets the conditions outlined in the agreement.

However, he said, “as always, we will have forces over the horizon to provide … military capability as needed.”

NATO Secretary General Jens Stoltenberg, at the ceremony in Kabul marking the agreement, said it was “a victory for peace and a victory for the Afghan people.”

Esper cautioned that achieving U.S. objectives in Afghanistan “will not come from military force alone. An end to the fighting will happen only when Afghans decide for themselves to lay down their arms and come together as one people.”

“This is a hopeful moment, but it is only the beginning,” Esper said. “The road ahead will not be easy. Achieving lasting peace in Afghanistan will require patience and compromise among all parties. But for the first time in many years, Afghanistan has a real path toward the future this country deserves.”